Back to photo galleries

The rally for Rep. Jim Ryun, whose own polls show him trailing Democrat Nancy Boyda by two points going into the election. 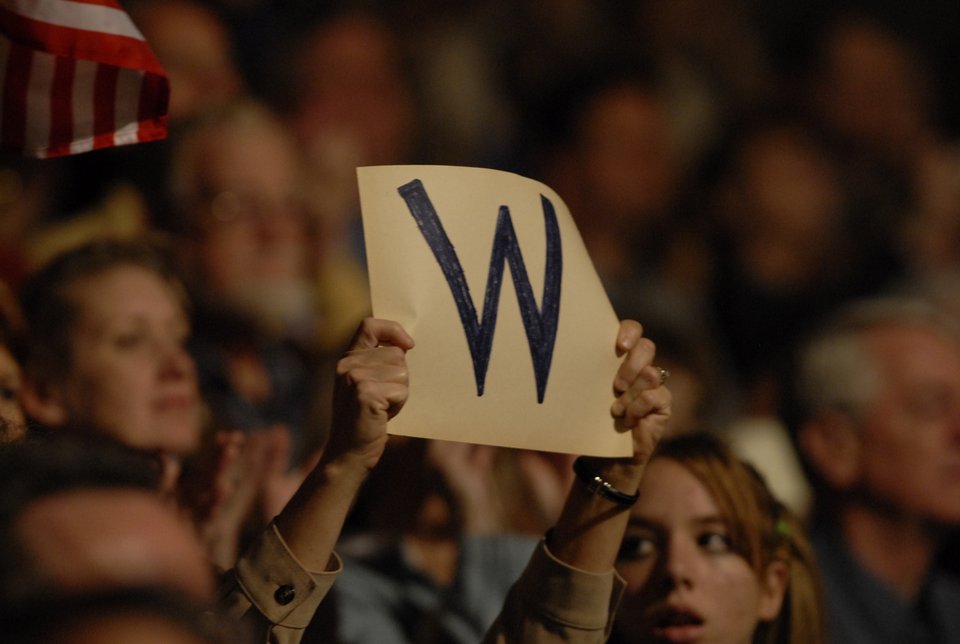 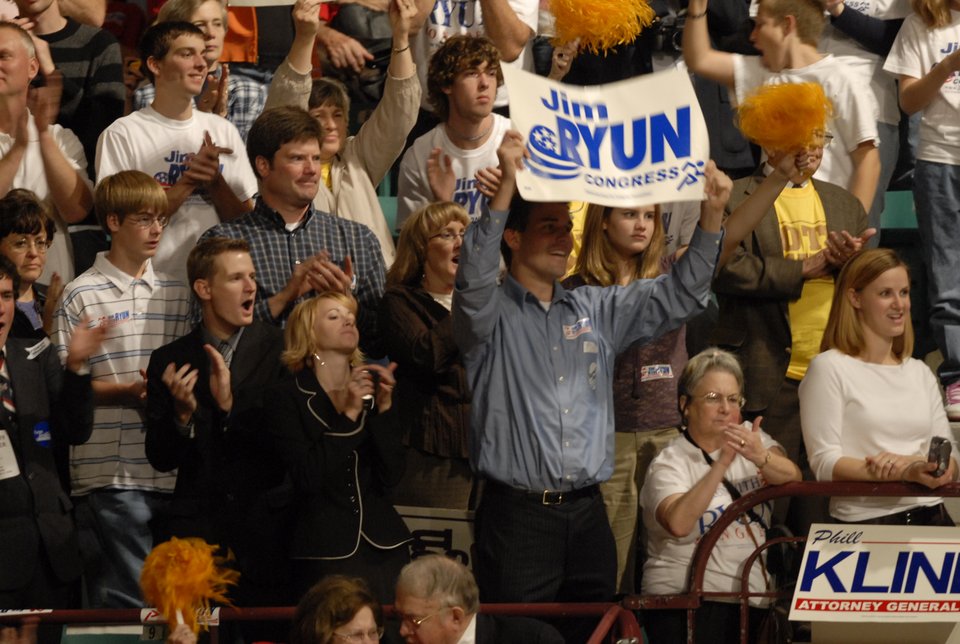 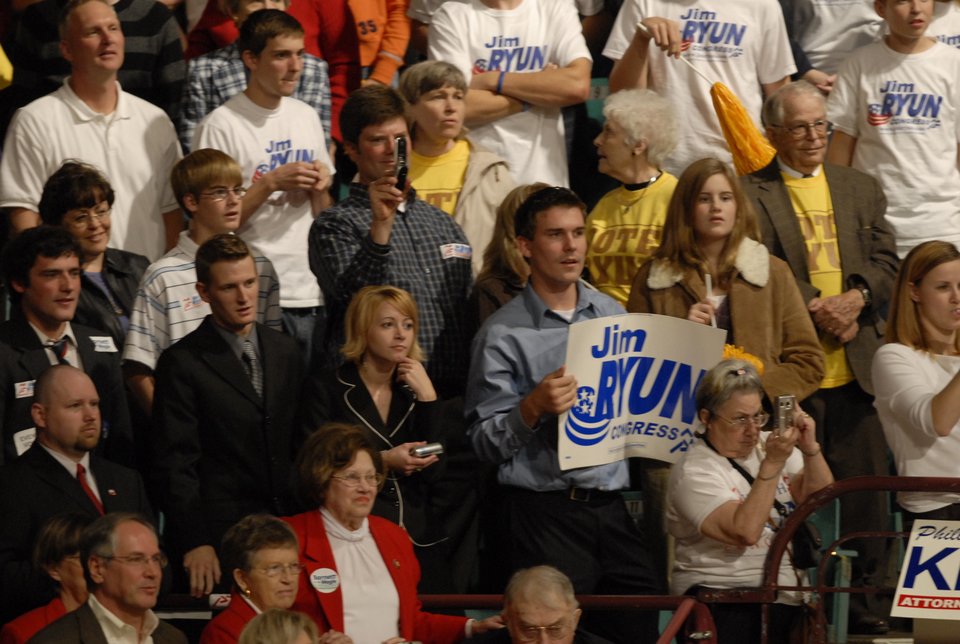 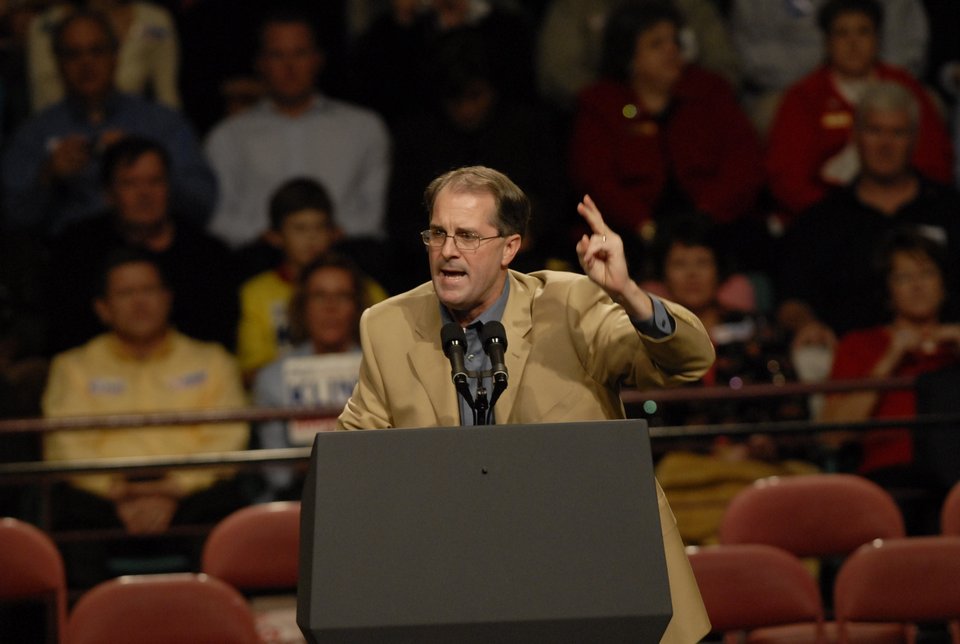 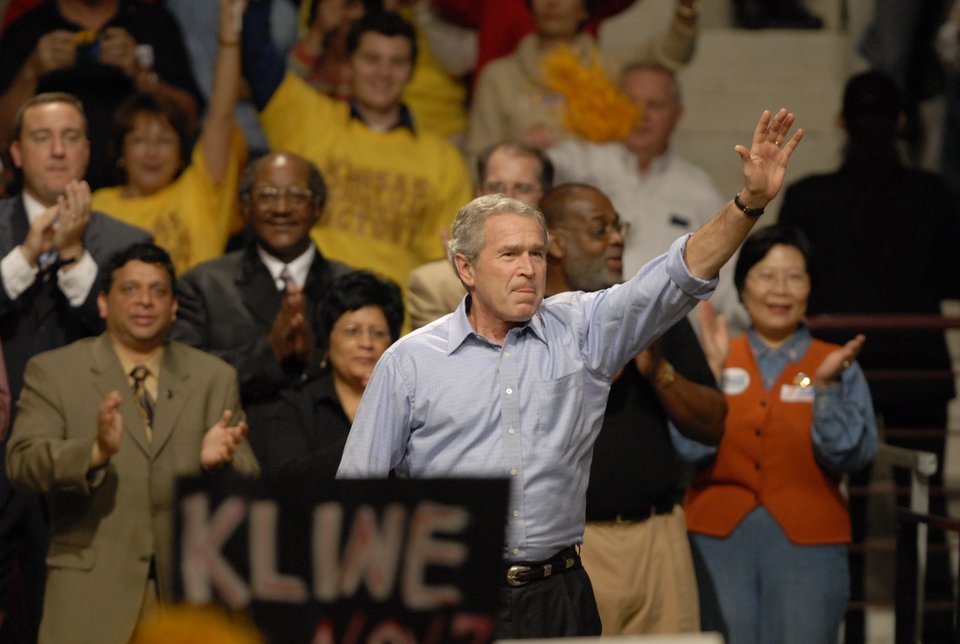 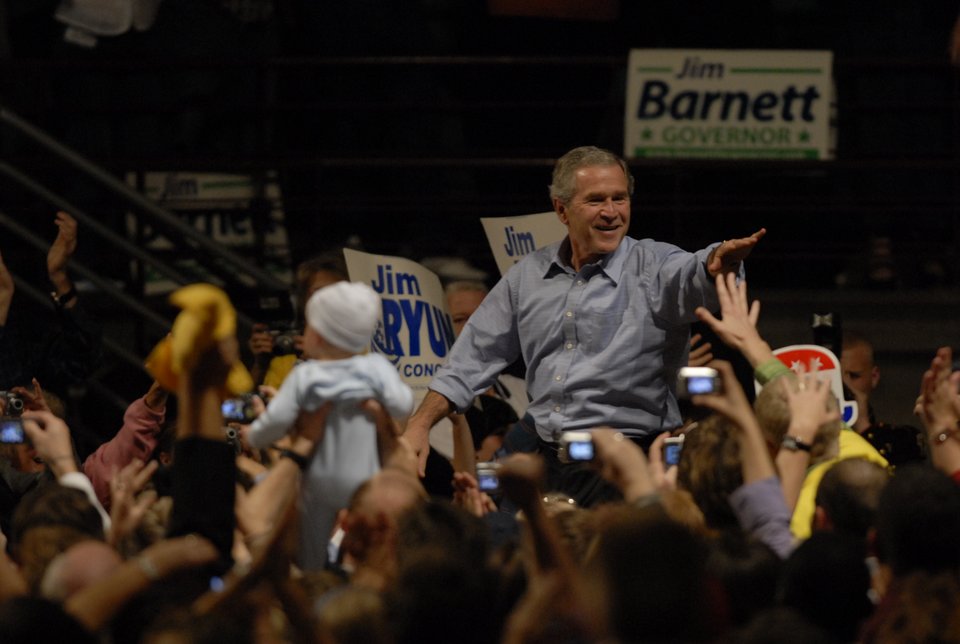 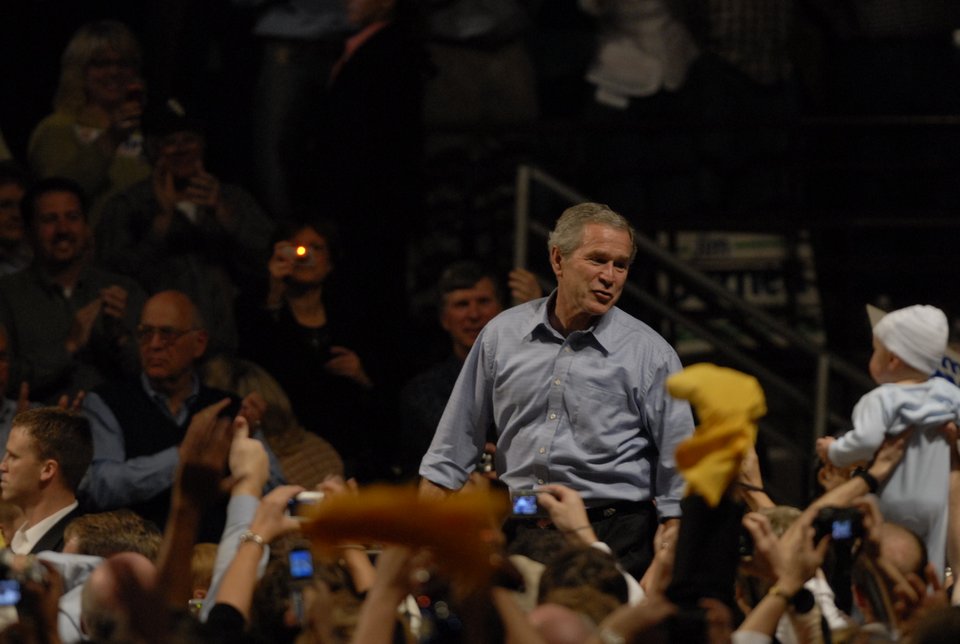 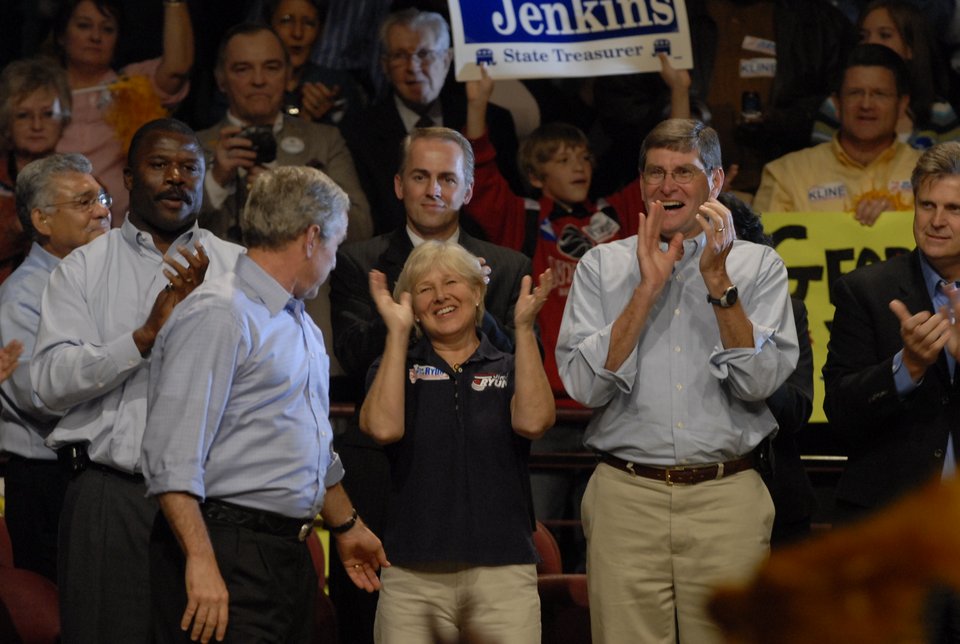 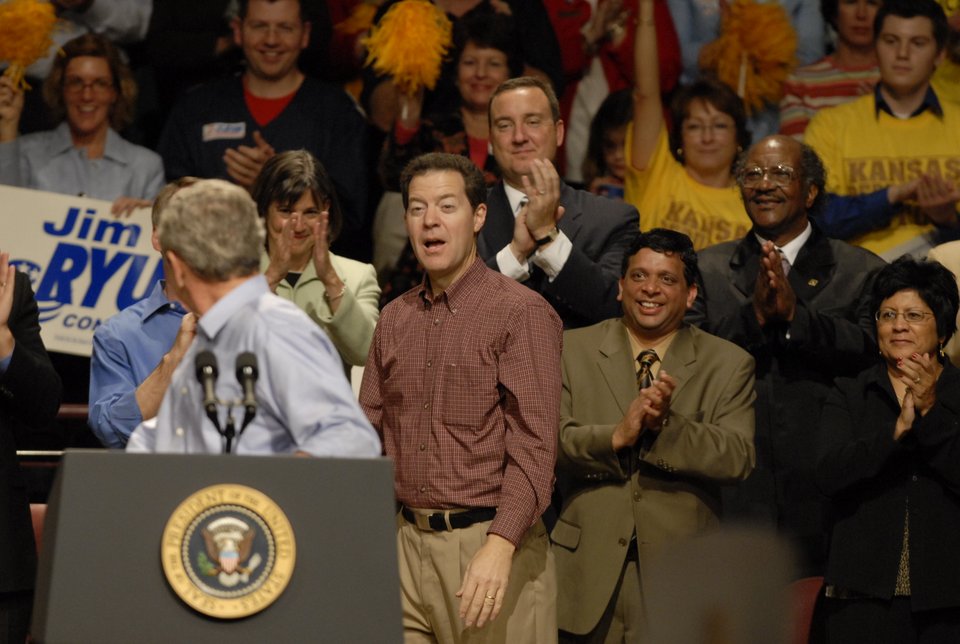 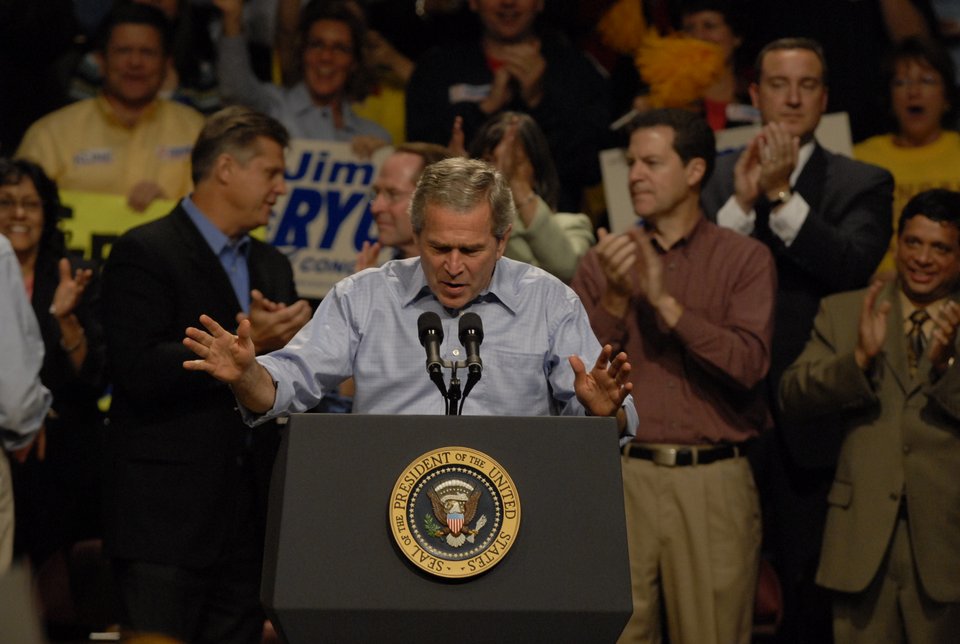 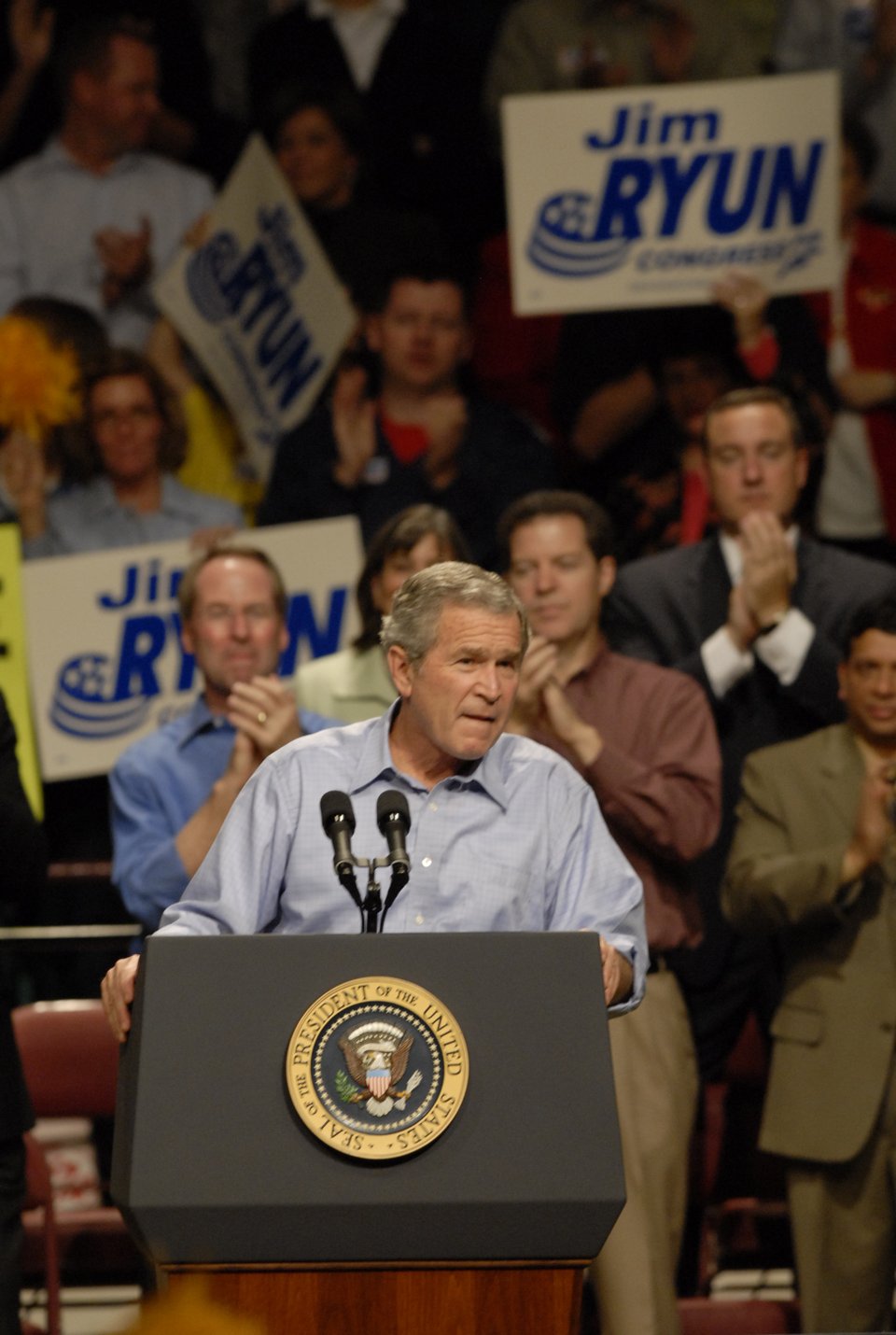 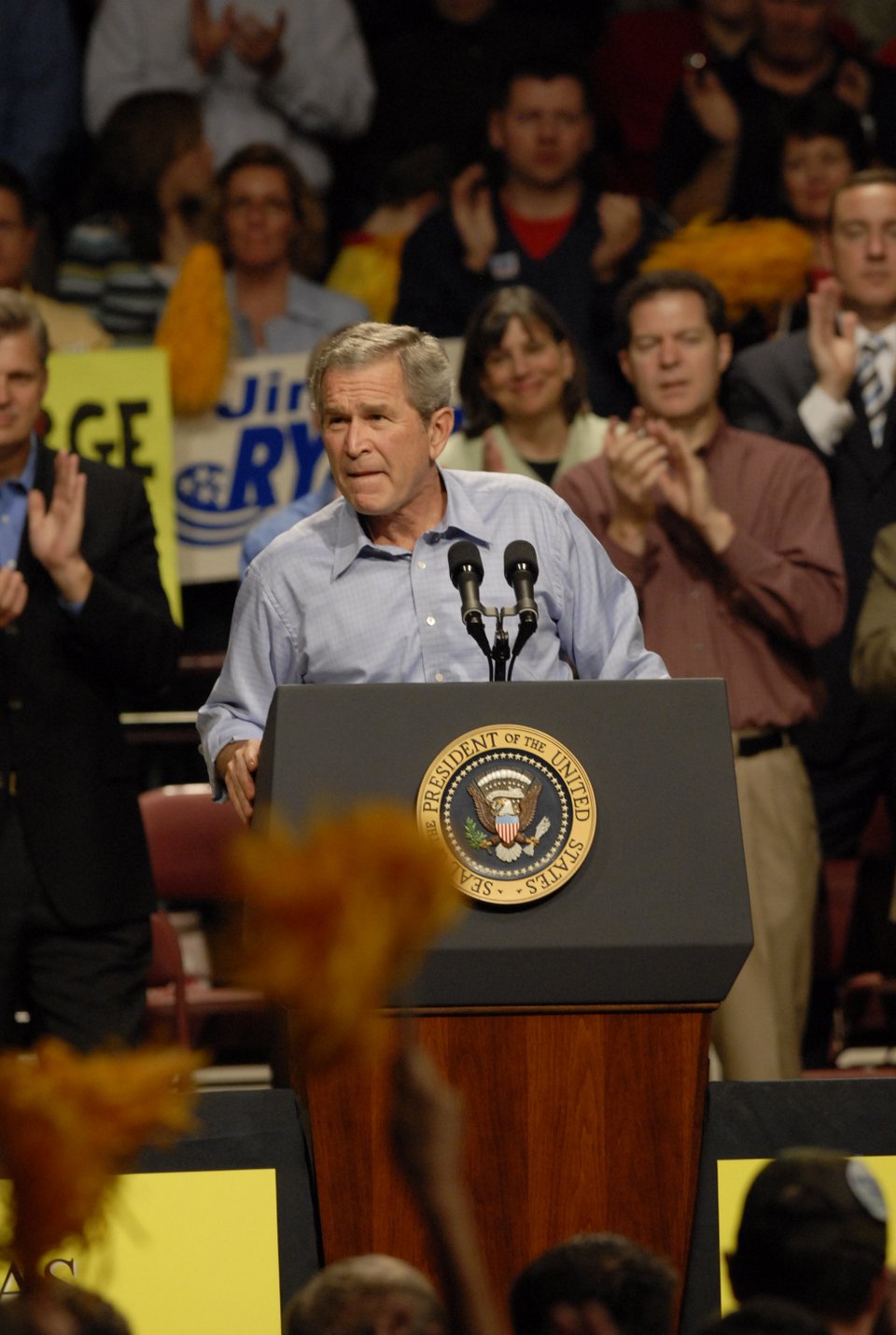 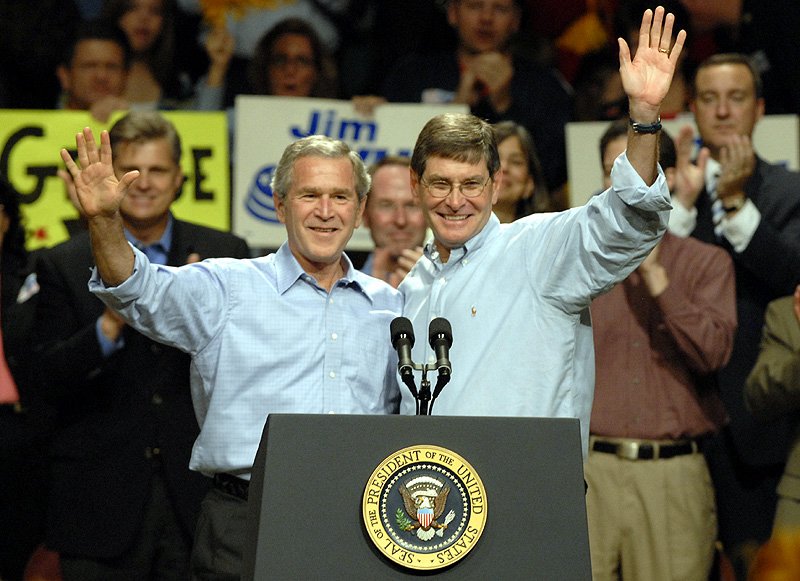 President Bush and U.S. Rep. Jim Ryun enjoy cheers from a Republican crowd at the ... 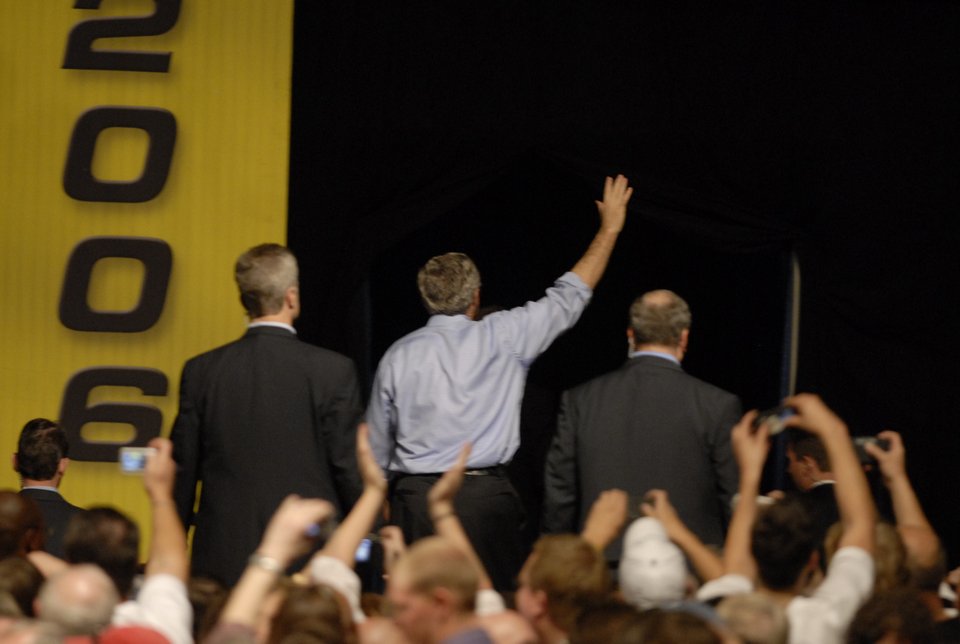