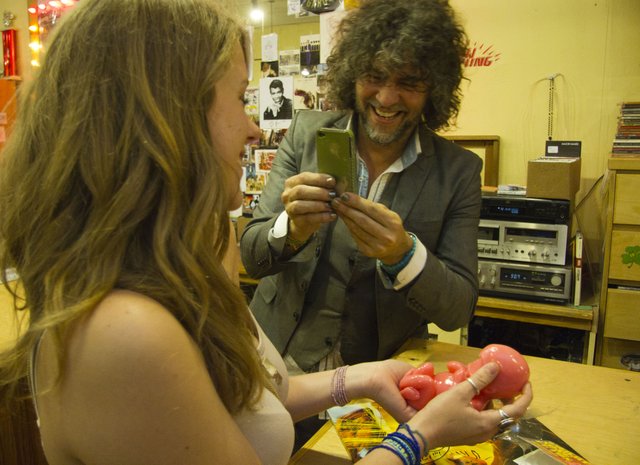 The Flaming Lips frontman Wayne Coyne laughs as he videos Nici Ashner, Lawrence, taking a bite out of a gummy fetus at Love Garden Sounds, 822 Mass. Coyne made the stop on short notice, but that didn’t stop fans from lining up for pictures and autographs. He also brought a box of gummy fetuses with him, which were sold to fans. Inside the gummy fetuses were flash drives which contained a sample of new Flaming Lips songs.