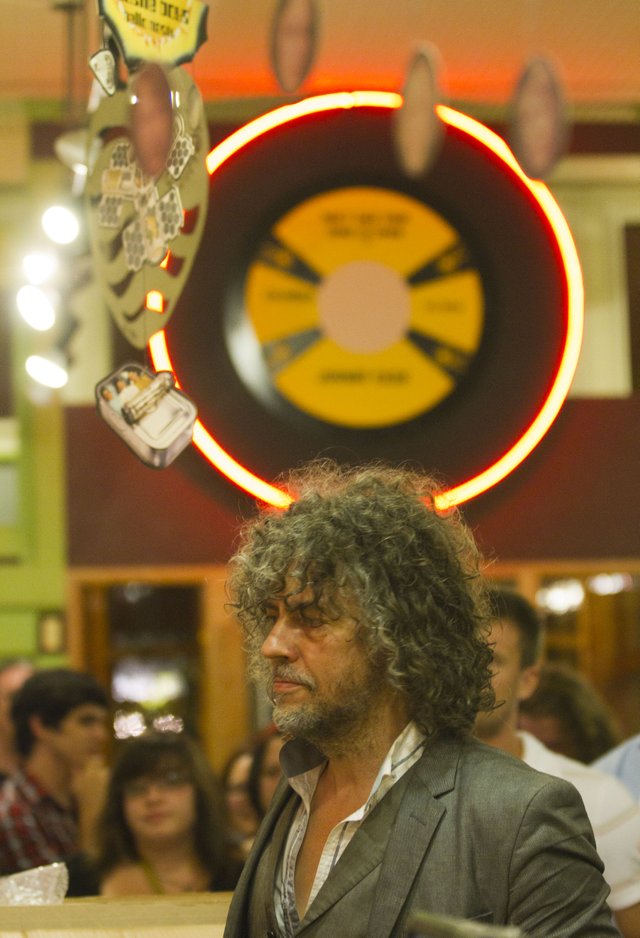 The Flaming Lips frontman Wayne Coyne makes his way to the counter at downtown music shop Love Garden Sounds, located at 822 Mass St. Coyne made the stop on short notice, but that didn’t stop fans from lining up for pictures and autographs. He also brought a box of gummy fetuses with him, which were sold to fans. Inside the gummy fetuses were flash drives which contained a sample of new Flaming Lips songs.