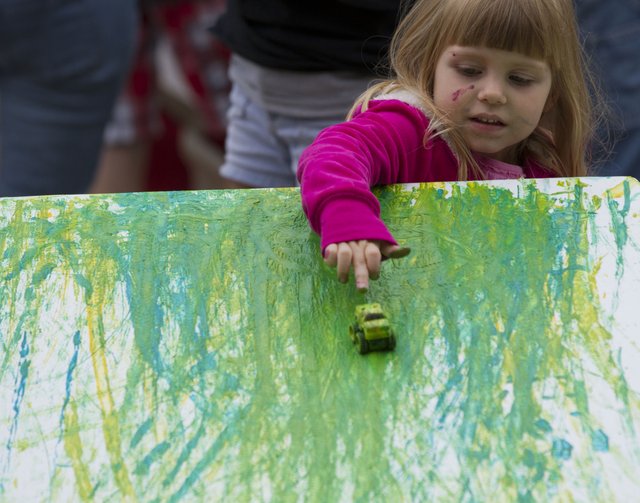 After dipping a toy car in paint, four-year old Renee Dvorske, Lawrence, releases the toy on a slanted canvas as part of the Art Tougeau Parade during a Final Fridays event hosted by the Lawrence Arts Center Friday, May 27, 2011 in downtown Lawrence.