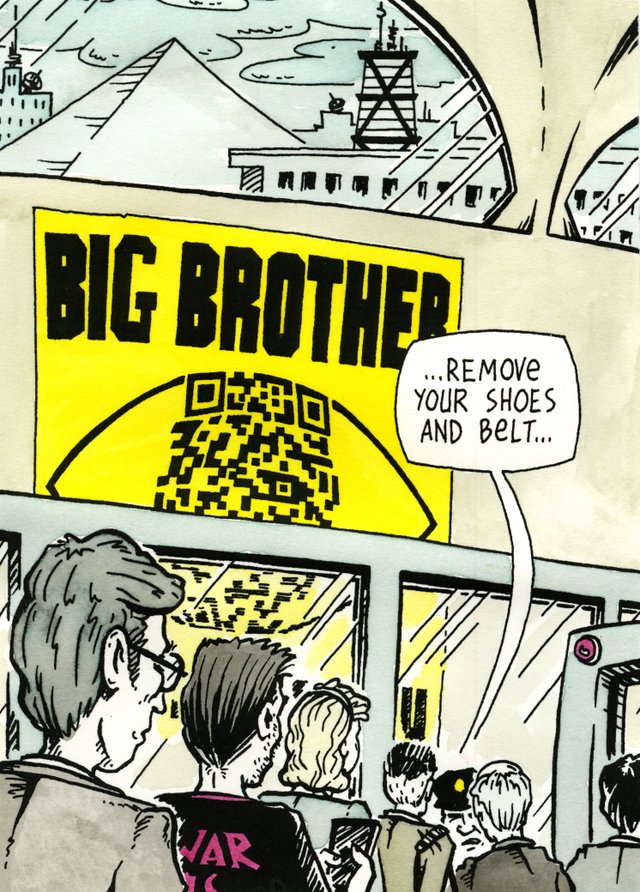 Saturday's card, the final card in the series from the Lawrence Public Library's 2012 Banned Books Week trading card project. Pick up cards of your own at the library, 707 Vt., and the Lawrence Arts Center, 940 N.H. ARTIST: Dale Martin. BOOK: "1984," by George Orwell. REASON FOR BANNING: One of the most censored books, "1984" has been banned for being "pro-Communist and containing explicit sexual matter." EXCERPT FROM THE ARTIST'S STATEMENT: When I last reread "1984" in 2004, I was struck by how similar the descriptions were to happenings in the world today. Not just by how many of the party phrases in the book sounded eerily similar to sound bites coming out of the Bush administration, but also Orwell's descriptions of cubicle-filled workplaces and rundown infrastructure.