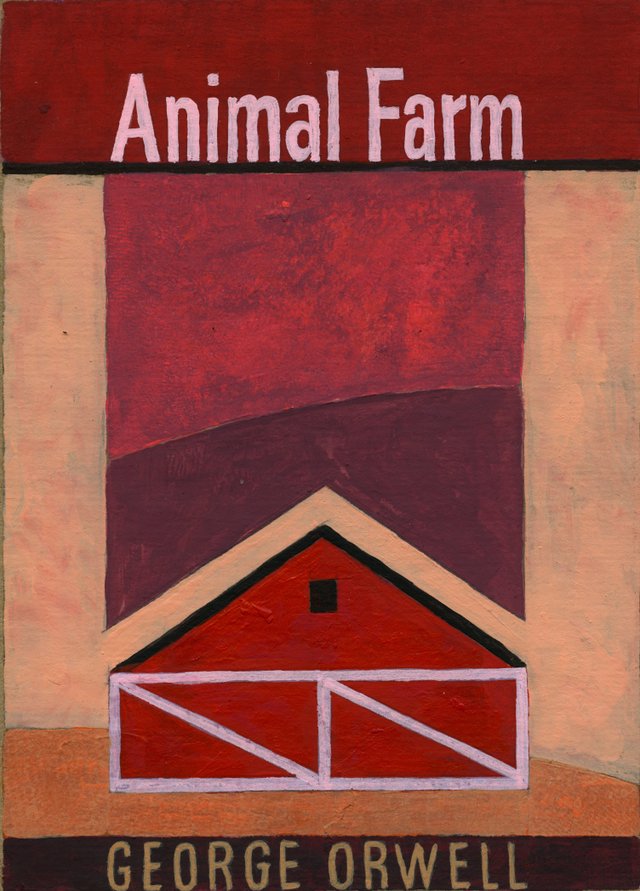 Sunday's card, from the Lawrence Public Library's 2012 Banned Books Week trading card project. Watch the Journal-World for a new card to be highlighted each day this week, and pick up cards of your own at the library, 707 Vt., and the Lawrence Arts Center, 940 N.H. ARTIST: Barry Fitzgerald. BOOK: "Animal Farm," by George Orwell. REASON FOR BANNING: Banned in Soviet-era Russia for its political theories. Banned in the United States for its political theories. Banned in the United Arab Emirites for imagery contradicting Islamic values. EXCERPT FROM ARTIST'S STATEMENT: My first grade class was shown the animated film version of this classic book. I'm sure none of us understood all of the symbolism and metaphors in the story, but the viewing left a lasting impression on me. I have since read the book a few times and consider it one of my all-time favorites.