The 2009 season of Kaw Valley Kickball has come and gone. Cougar, Er Bear, 'Stache and representatives of KVKL champions Pita Pit pour some Colt .45 on the curb. See y'alls next season!

Cougar, Er Bear, Pomeranian and 'Stache preview the finals and bid a fond farewell to the 2009 season of Kaw Valley Kickball. Beefs are had by all.

Jason "Cougar" Hwang returns from exile to chat up the Kaw Valley Kickball tournament with Erin "Er Bear" Adams, Chris "Has A Bum Knee" Nevere, and The 'Stache. A whole bunch of things that aren't germane to KVKL are discussed.

So a cougar, a 'stache, and a bear walk into a podcast studio...wait, have you heard this one before? Jason "Cougar" Hwang and Erin "Ebear" Adams trade barbs about ladies in sports whilst analyzing this Sunday's kickball match ups... 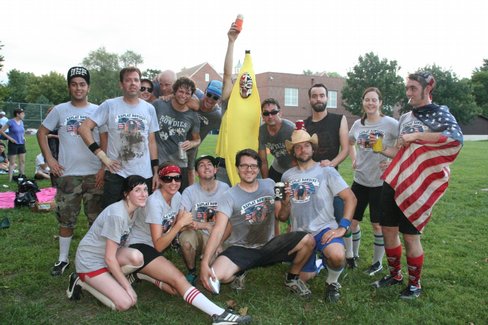 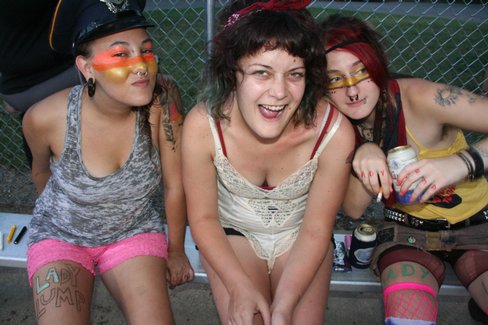 Lawrence Bingo Game in the Works

Er Bear, The Vixen and Cougar join The 'Stache Beef to chat up this week in Kaw Valley Kickball. George Brett's bowel control, James Naismith's nationality, and Joe DiMaggio's virility are all called into question.