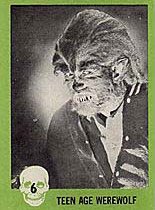 "It Starts With Murder," a film by Lawrencian Rob Gillaspie

Two uberfans of the 1962 classic filmed mostly in Lawrence share their love...

In 1962, Herk Harvey unveiled his first and only feature film: "Carnival of Souls," a creepy drive-in classic that was filmed almost entirely in Lawrence. The movie centers on a young organist (Candace Hilligoss) who survived a car crash, only to be plagued by constant visions of pale ghouls following her. The little-known movie proved a major influence on "Night of the Living Dead" director George Romero and on every zombie flick that followed, including blockbusters like "The Sixth Sense."