Over the roar of a furnace, glassblower Dick Rector explains that you must always keep spinning. “You stop spinning, you’re in trouble,” he says, sitting at a workbench. By Adam Strunk

In 2013, the city of Lawrence will plant 31,000 flowers and bulbs and take care of about 30,000 trees. And someone has to oversee it all. Enter Crystal Miles, the city’s horticulture and forestry manager. 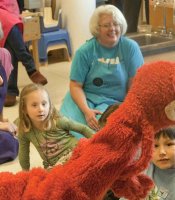 Spencer Lott acknowledges that few children’s dreams come to fruition. But his did. 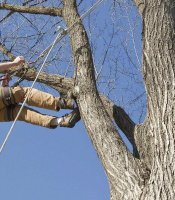 “I trust my life every day to a 2-inch thick limb,” says arborist Dan Parker-Timms. “I should knock on wood as I say that. I’ve been lucky so far.”

At the last second, Kansas University red-shirt freshman Ben McLemore banked in a three. The usual 16,300 paying customers screamed. Allen Fieldhouse shook. The fans knew the game that a moment earlier had seemed like a sure loss was headed to overtime. The scoreboard told them so. Scoreboard operator Robbie Vannaman had done his job, just as he had at 800 other games in the old barn. By Adam Strunk

Miller owns and operates Mass. Street Sweet Shoppe, 727 Massachusetts St., which opened in early November. “I just decided I wanted to do something neighborly and give back to my community, so I did some research into candy and decided to open a candy store.” By Adam Strunk

Melanie Coen claims her job is far from glamorous. However, it does involve occasionally dining with presidents, politicians and famous journalists.

Imagine working under a 1 ton, million-dollar vehicle. Now imagine the vehicle can kick you in the head if you put the tire on wrong. Welcome to the life of farrier Charley Mattingly.

Allen and Jason Clough won’t sing you a song covered in soot. They don’t dance. This father-son chimney sweep duo is all business and no Hollywood. “They want us to wear a top hat and sing the ‘Mary Poppins’ song,” Jason said. “I don’t even know the song they are describing.”

Numerous enemies assail him as he explores dark tunnels and long-vacant buildings. He experiences work as an adventure — a “puzzle.” And he hates snakes. We are not talking about Indiana Jones, but Vanja Mehmedovic, Lawrence exterminator. By Adam Strunk