I'm the reporter covering all things Kansas University, and love the wide array of different stories I get to write on the beat.

I came to the News Center after working at The (Junction City) Daily Union and The Kansas City Star, and have enjoyed covering my alma mater.

I believe in the Chicago Cubs, and remain eternally convinced that, after all these years, is finally the year they win the World Series. No matter what you might say to the contrary. I also make occasional attempts (usually in vain) to hit a golf ball into a small round hole in as few strokes as possible.

I love newspapering, politics and the dash — my editors will probably tell you I overuse it.

You can also find me onTwitter, providing instant updates on news and what's going on in Lawrence and at KU. 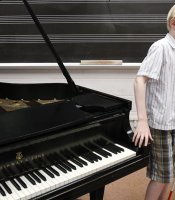 Luther Fuller said once he gets to the piano, everything’s fine. The 12-year-old musician and Liberty Memorial Central Middle School student has been blind ever since his earliest memories, but he said that doesn’t hamper how he plays the piano.

Susan Stamberg, a longtime National Public Radio journalist, is coming to Lawrence for a March 13 benefit for the Lawrence Public Library Foundation. And she’ll be bringing her cranberry relish recipe. 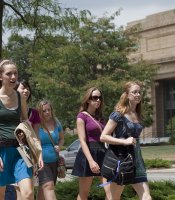 Another organization agrees — Lawrence is a pretty great college town.

A 30-year-old Lawrence man has died while hiking in Grand Canyon National Park in Arizona. 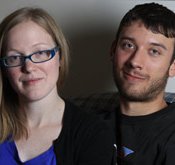 Many tears were shed Monday afternoon when a Lawrence couple greeted their families after escaping the aftermath of the earthquake that devastated Haiti last week. 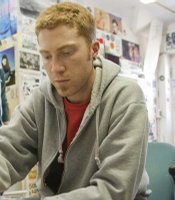 This spring, the student-run radio station at Kansas University will find a new home in the Kansas Union. 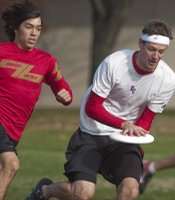