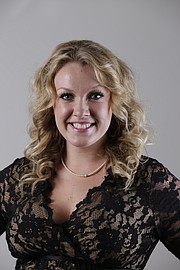 Caitlin Doornbos is the crime and courts reporter for the Lawrence Journal-World. 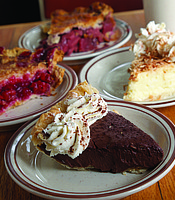 “Our objective is to be lively and approachable,” says Ladybird Diner owner Meg Heriford. “Ladybird is staffed by friendly, energetic people. It’s a little family.” 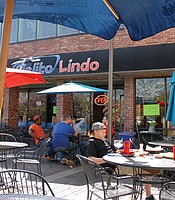 When the weather warms up, Cielito Lindo co-owner José Lopez says he knows to expect the masses. 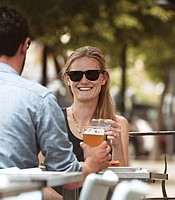 Partakers in Merchants Pub & Plates’ happy hour specials have much more to look forward to than a cheap swig after work. With 30 craft beers on tap at any given time, customers at the historic former bank building can expect the best, owner Emily Peterson says. 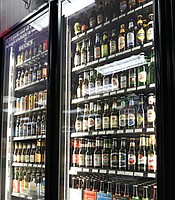 Having won best liquor store in 2013 and 2014 and having scored runner-up in 2012, On The Rocks general manager Matt Easley attributes the store’s consistent success to its “neighborhood feel with a metropolitan selection.”

Megan Roelofs’ personal mantra is “Life keeps getting better and better.” And for the Lawrence occupational therapist and jewelry artist, it seems to be a self-fulfilling prophecy. Her handmade gemstone necklace line was picked up by Urban Outfitters this year. Her unique wearable art features leathers intricately woven around gemstones, shells and other natural elements. By Caitlin Doornbos

When The Roost opened in July 2013, the breakfast restaurant had some big frying pans to fill.

In a town packed with game day gear, Kansas Sampler store manager Kathy Mattan said it’s imperative to offer anything and everything to her customers.

When Zen Zero first opened 11 years ago, owner Subarna Bhattachan recognized it could fill a nice niche in Lawrence. “When we opened, we realized we could cater to specific clientele,” Bhattachan said. “There are a lot of vegetarians in Lawrence.”

When Scott Elliott and Chad Richards opened The Summit in 2012, Elliott said they wanted to change the way people thought about gyms.

After more than a decade of business, Salon Di Marco took home its first Best of Lawrence award last year. But the full-service salon and day spa was hungry for more.