Arts roundup: Holiday show from 'Right Between the Ears'; new classes at the Lawrence Arts Center 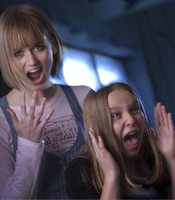 Screams in School: Scary Story Contest brings out the frights

The Journal-World features department was equal parts enthralled and spooked by the nearly 150 entries to our annual Scary Story Contest. We provided the prompt: “I returned to school after dinner to pick up a book I forgot. The front doors were unlocked, but the building was dark and deserted.”

Upcoming events in the Lawrence arts community: a film fest sponsored by Friends of the Kaw; a Halloween concert with the KU Symphony Orchestra; "Jack and Jill" at the Lawrence Arts Center; Instrumental Collegium Musicum and more. 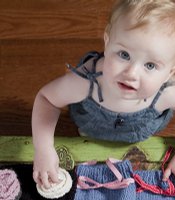 Though she grew up in faraway countries such as Indonesia and Pakistan, Malindi Alexander learned about the wide world of crafting from her grandmother, Nellie Kinzy, while spending summers in Kansas.

Packing for a sleepover used to be easier. Pillows, toothbrushes and sleeping bags are still required. But for kids who don't plan to consult a Ouija board or toilet-paper a pal's house, they might be packing something pretty cumbersome: a computer.

Women shrug off the tattoo taboo

Kendra Herring's personal journal is on her skin, for all to see. The tattoo ink that marks her arms and legs is a narrative of the important moments in her life.

Geocaching enthusiasts savor the thrill of search and discovery