Everything in this game has been done before (and better), the Veil feature is unnecessary and annoying, and Raven completely ignored the one thing that could have made this a more enjoyable experience—the nostalgia factor...

I'm off to Nerd Heaven. Welcome to the new game reviewers.

A brief goodbye to Lawrence.com, and a welcome to the four new reviewers. I'm off to Game Informer.

Do you spend an unhealthy amount of time playing video games? Can you write? Do you like free games? Send your writing samples our way to be considered as a video game reviewer for Lawrence.com.

Ghostbusters: The Video Game would be a strictly average game without its valuable license and impressive cast. Despite this, it will undoubtedly entertain the 20-something group that grew up with toy proton packs, drank Slimer-branded Hi-C, and couldn't get enough of the films and cartoon.

While Ice Age: Dawn of the Dinosaurs is no masterpiece, it's significantly better than most movie cash-in titles. It features plenty of varied gameplay and characters from the film, and should satisfy any young fan.

An exclusive, quality FPS is something the Wii has needed for a while, and The Conduit is not it. It has the controls, but everything else is dull and uninspired.

The Tiger Woods series hasn't really been perfected until this 2010 edition, and it's all thanks to Wii MotionPlus. This little attachment to the Wii remote makes all the difference in the world, and provides us with one of the most enjoyable golf experiences in gaming history.

If inFamous is Die Hard, then Prototype is Crank. It throws plot and characters out the window and focuses squarely on non-stop action...

What started as a Game Boy Advance series that Nintendo execs deemed "too Japanese" for US audiences has finally found its way onto American DS systems. After playing through the game, it makes me wish they would have taken this chance sooner.

I was excited about this title when I played the demo, and that excitement endured through the first few hours of the final retail game. Unfortunately, it didn't take terribly long to find out that Red Faction: Guerrilla is a bit of a one-trick pony.

The DSi may not have the initial "Wow, this is so much better" feeling gamers had when they first held the DS Lite, but overall it's a natural and welcome evolution of the portable.

Matt Cox left Lawrence.com in 2006 to pursue a career in game development, and three short years later, his game is the talk of E3. He's the lead designer on Scribblenauts, an innovative new title for the DS that will be released this fall. Now that the dust has settled on E3, many of the top gaming websites have named it the top game of the show.

Infamous is a game that does almost everything right. It's one of the best sandbox action games ever made, and belongs in every PS3 owner's library.

Fans of the original that are looking for new content might be slightly disappointed, because it's the same game with an extensive visual makeover. Gameplay is the same as it was over ten years ago, but everything is smoother and more vivid than ever.

After a nonstop week of gaming, I'm back in the Midwest with a substantial taste of things to come in the gaming industry. Everything about this year's E3 Expo was bigger and better than last year's underwhelming experience.

It's that time of year again, when gaming journalists, game developers, and a whole host of eccentrics descend on the Los Angeles Convention Center for E3. Unlike the snoozefests of the last two years, E3 has returned to the bright lights and huge booths of the past.

It's not a masterpiece, but it can be a hell of a lot of fun in places. Despite its linear nature, afterthought multiplayer, insufferable protagonist, and disappointing final boss fight, it's well worth checking out if you're a fan of action games.

Excite Truck was an enjoyable title but lacked distinguishing characteristics outside of the motion controls. It seems that Nintendo realized this, so they added personality and a generous helping of ludicrous features to this spiritual successor.

All of the environments are incredibly bland and repetitive, and one line of dialogue unwittingly describes the game perfectly. When one character asks another if he's sure of Skynet's control room location, the other responds "I'm not sure...after a while all this stuff looks the same."

Compared to God of War and other AAA action games, Wolverine falls short thanks to its glitches and lack of originality. However, compared to virtually any other licensed movie-based game, it's fantastic.

This is a game that knows its audience. UFC and MMA fans will surely praise it for its realism and attention to detail, while others would probably opt for the Fight Night or Smackdown series.

Wheelman is a Burnout-meets-Just Cause title with a blatant (and sometimes hilarious) disregard for the laws of physics. At its best, it provides some laughs and high-speed, fast-paced action. At its worst, it's a broken, generic shooter.

While the controls occasionally leave something to be desired, the overall package works surprisingly well. It feels like a natural addition to the Resistance universe ...

In this Roundup we take a look at Chronicles of Riddick, Mario Power Tennis, Pikmin, Dynasty Warriors Gundam 2, and Ninja Blade.

The Godfather II features some genuinely intriguing and innovative systems that emulate a mafia lifestyle like no game before it, but its glitches, repetitive nature, and laughable AI ensure that it ends up being nothing more than a few good ideas in a broken package.

Something tells me that the long-haired, hard-partying Metallica of the mid-80s would be more than a little surprised if you showed them these videos of them in 2009 sporting short hair and skin-tight mocap suits with little ping pong balls all over them.

Overall, this is a package that does a great job of appealing to its target audience - longtime WWE fans. For those that aren't familiar with the history of the Pay-Per-View or wrestling in general, there's far less to like here.

Considering its demographic, Monsters vs. Aliens does a perfectly good job of being what it needed to be - a simple, enjoyable title aimed at younger gamers that liked the film.

It really is incredible that Rockstar managed to put so much of the GTA experience into Nintendo's insanely popular portable. Chinatown Wars is a true addition to the GTA series, and stands up to the level of quality that the franchise has exhibited in its last several titles.

In this Roundup we take a look at MadWorld, Halo Wars, Dead Rising: Chop Till You Drop, and Chrono Trigger.

Satirizing the gaming industry and its overused conventions is a great idea, and it's never been done quite right. Eat Lead tries pretty hard, but in the end it's no better than all the unoriginal action games it tries so hard to mock.

Much has been said about Resident Evil 5's polarizing shift to a more action-oriented gameplay experience, but there's no denying the polish and quality evident in the final product. You're not going to be having zombies gnawing at your legs or dogs jumping through windows anymore, but the action on display here is top-notch.

In this roundup we take a look at H.A.W.X., Onechanbara: Bikini Zombie Slayers, Deadly Creatures, and Retro Game Challenge.

Like many other gamers out there, I've been playing an absurd amount of Street Fighter IV lately. These MadCatz controllers greatly improve on the experience, and blow away the Xbox 360 controller in virtually every aspect.

Killzone 2 is an absolutely beautiful game, and features what are easily some of the best graphics to ever be seen on a console. It's not all smoke and mirrors, though - it's a fantastic, intense FPS that is a must-have for PS3 owners.

Street Fighter IV is the best fighting game in the last ten years, and without a doubt one of the best of all time. More than mere nostalgia or fan service, it takes everything that made SFII such a classic and updates and reinvents itself to be exactly what you'd hope for the series to be in 2009.

Fallout 3 represents the pinnacle of open-ended gameplay to date. No matter how you play it, Fallout 3 is an absolute triumph and easily one of the best games in recent memory.

Rygar: The Battle of Argus (Wii)

It's not a broken action game, but its age is blatantly obvious. The genre has advanced by leaps and bounds in the last six years, and Rygar seems downright archaic by today's standards.

While the story may not be a masterpiece, the atmosphere and sense of dread F.E.A.R. 2 presents to the player makes it a perfect title to play late at night with the lights off and the sound up. 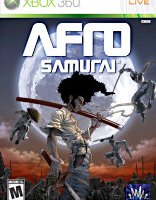 Some actual work was put into making the combat and presentation interesting, which is a welcome surprise for a game based on a TV show.

In this Roundup we take a look at Metal Slug 7, EndWar, Rise of the Argonauts, Naruto, and Spray.

In this roundup, we take a look at Skate 2, Mushroom Men, LOTR: Conquest, Moon, and Viva Pinata: Trouble in Paradise.

The first scene involves Tim Curry, Mikhail from Lost, and Peter Stormare as Soviets that travel back in time to murder Einstein. If I had never heard of Command & Conquer and the EA marketing team used that last sentence to describe the game, I'd buy it without needing to hear another word.

I can't fathom why Sega insists on destroying a once-great franchise. No other series in the last two decades of gaming has seen such a drastic drop in quality as the Sonic series, and it's about time that Sega sees what made the Genesis games great and try to recreate that feeling.

You really can't go wrong with Scene It: Box Office Smash. It's a great value, and you'll want to keep it in your 360 collection for a long time thanks to its social nature.

Wrestling fans that also happen to be casual gamers will eat this up, but the game probably won't appeal to anyone who doesn't enjoy Vince McMahon's weekly circus of chair-swinging muscleheads and scantily-clad women.

Super Bowl prize giveaway? Sure, why not.

For some reason, Pepsi sent me (the video games editor) a giveaway offer for our readers. Name this classic NES football game for a chance to win a Super Bowl prize pack.

It's great that Harmonix was able to squeeze the features of the 360 and PS3 versions into this Wii edition (if a little late). Overall, the game is still the go-to multiplayer music gaming experience.

There's something intangible about Animal Crossing that makes it inexplicably charming and addictive. There really is no objective to the game outside of earning money to pay off your loan to Tom Nook (the town shop owner/mortgage broker/raccoon), but it's still a great experience.