Festival didn't have lease for event

There won't be a Mardi Gras-style parade Saturday at Wakarusa Fest. It's been canceled. But don't blame the weather.

American Indian professors from across the United States will be in Lawrence late this afternoon for "Reservations Without Borders: Indigenizing the New World Order," a national conference co-sponsored by Haskell Indian Nations University and Kansas University's Center for Indigenous Nations Studies.

One of the nation's busiest and best-known American Indian actors will be in Lawrence this weekend for the Stories 'N Motion Film Festival at Haskell Indian Nations University.

Kansas has produced its fair share of movers & shakers

Maybe it's the sunflowers, or perhaps there's something in the water. Or is it because the summers are too hot, the winters too cold? Kansas, it seems, has more than its share of noteworthy characters.

R549, a country rock band that includes Lawrence native Chuck Mead and former Lawrence resident Shaw Wilson, will play the Grand Ole Opry tonight. The band is scheduled to be on stage sometime between 7 and 7:30 p.m.

Artist to immortalize biographer, his subject

A foundation dedicated to promoting the works of John Neihardt has selected Lawrence artist Jim Brothers to create a sculpture of the author and of Black Elk, an Oglala holy man and subject of Neihardt's best-selling "Black Elk Speaks."

A long time ago, I had a creative writing teacher who gave us an Ernest Hemingway short story to read. I forget which one. For the next day's assignment, we were supposed to come up with a list of excess words. After about 30 minutes, we realized there weren't any.

Vicki and Patrick Langston's front porch is like no other. "Oh, we probably have 70 pieces out here. They vary in size," she said, referring to the chain-saw sculptures she and her husband carve from the hauled-in remains of dead trees.

RollingStone.com's one-paragraph bio on Texas singer/songwriter Robert Earl Keen isn't quite right. It says Keen and his college pal Lyle Lovett "used to sing and play in their underwear to astonished churchgoers across the street from Keen's house."

Less than a year after putting together the Haskell Film Festival, Thomas Yeahpau is headed for Hollywood. 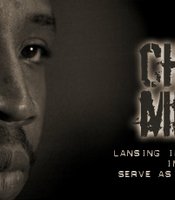 Essex Sims may have fired the shot that killed a rival gang member. Then again, he may not have. A lot of people were shooting that night.

The last time she counted, Patricia Elliott Marvin had about 30 boxes of books, posters, drawings and other assorted leftovers from the Beat Generation. "I want to get down (to) two boxes," Marvin said Thursday while sorting through a pile of William S. Burroughs paperbacks, many of them signed by her good friend, the author.

Former "NYPD Blue" star Rick Schroder will be in Lawrence this week for the Midwest premiere of "Black Cloud," a movie he wrote, directed, produced and stars in.

City's blues scene gets a spark

Lawrence's left-of-center music scene is booming. Ani DiFranco sold out Liberty Hall a few weeks ago, as did Interpol. Saul Williams played in town Sunday. Steve Earle will be here April 3. Indeed, times are good. But for the city's small-but-tireless band of blues lovers, pickings have been slim lately.

'What's the Matter with Kansas' author to return

The last time Thomas Frank, author of the best-selling "What's the Matter With Kansas?: How Conservatives Won the Heart of America," spoke in Lawrence, he packed the Lawrence Arts Center's 300-seat auditorium.

What's the matter with Kansas?

Lawrence newsstands have sold out of the April issue of Harper's Magazine. "It flew out of here so fast, I didn't even get to see it," said John Fackler, manager at Borders, 700 N.H.

A sculpture from Haskell Indian Nations University is being sent to Washington, D.C., as part of opening events for the Smithsonian Institution's new National Museum of the American Indian.

Five years ago, Matthew Shepard, a 21-year-old student at the University of Wyoming, was taken to a field outside Laramie, tied to a fence and savagely beaten because he was gay. Police said Shepard was hit on the head 18 times with the butt of a .357 Magnum pistol. His skull was fractured in four places. Shepard died a slow death.

Larry Schwarm is blessed. He can find and capture beauty in landscapes most Kansans take for granted. He's especially fond of the Flint Hills in early spring, a time when ranchers, like the American Indians before them, set fire to the previous year's grasses to hasten new growth.

Once again, the road is calling Stan Sheldon, one of the area's more accomplished rock musicians.

In a roundabout way, a Kansas University professor's research is at the heart of "Unchained Memories," a 73-minute documentary now airing on HBO.

Back when my wife and I ran the newspaper in tiny Bern, I wrote a story about an old but well-preserved stone house on the outskirts of town. The owners shared a handed-down account about how Frank and Jesse James' gang had once spent the night there, and how, after they left, the woman of the house found a $20 gold piece under one of the James brothers' breakfast plates.

Down from Mountain a joyous journey

By Dave Ranney About two-thirds of the way through the "Down from the Mountain" concert Tuesday at Kansas City's Starlight Theatre, emcee Rodney Crowell asked the almost-full house, "Doesn't it do your heart good to know this music is alive and well?"

By Dave Ranney Every year about this time, the majestic horse-chestnut tree in front of the Lawrence Arts Center looks awful, its gnarled branches nearly naked.

Legacy of conflict lingers in Lawrence

There's something about Lawrence that attracts people who disagree, whether it's John Brown taking on slaveholders or environmentalists battling the South Lawrence Trafficway. Conflict is a big part of who we are, according to editors of a massive, soon-to-be published book that traces Lawrence history from founding to present.

By Dave Ranney In a roundabout way, last winter's soaring energy prices are luring Mike Finnigan back to Kansas for a one-of-a-kind Saturday appearance with soul master Percy "When a Man Loves a Woman" Sledge.

By Dave Ranney If turntables could talk, they'd be thanking Darrell Nulisch. He's got a lot of the 40-and-over crowd looking for their Al Green albums, which, more than likely, are still in the basement in that lone surviving box of vinyl memories that are just too good to part with.

By Dave Ranney The early word on Chris Duarte had him sounding like just another directionless guitar whiz imitating Stevie Ray Vaughan doing Jimi Hendrix. Duarte can, in fact, replicate the Hendrix and Vaughan catalogs perfectly. But after playing 250-plus gigs a year for more than a decade, he's nobody's wannabe.

By Dave Ranney Besides being an extraordinary pianist, singer, songwriter and bandleader, Marcia Ball is a voracious reader. She loves books, which, in a roundabout way, explains how, for the first time in years, she found something nice to say about her governor, George W. Bush.

Band gets break from Indigo Girls