Jim Baker writes features for the Living pages and a variety of general assignment stories.

Zen and the art of wood carving

There's yard art, and then there's yard art. Lawrence sculptor Dave Werdin-Kennicott's latest work belongs in the latter category - that of something different and special.

Music to soothe the ailing soul

Concert to benefit families of children with cancer

Short of actually losing a child, there are few things more difficult for parents than having to nurse a child through a life-threatening illness such as cancer.

Tired of grilling burgers and hot dogs? Maybe it's time to put that grill to a different use and create something that will wow the guests at your next backyard barbecue. Like a grilled pizza. 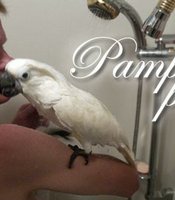 Juicy steaks. Personal pools. Acupuncture. These animals are living in the lap of luxury.

Welcome to Animal Planet. The Lawrence home of Gary Rogers and Leola Roach is sanctuary to a veritable zoo of critters: two cats, two dogs and seven birds of various origins. But reigning supreme over this kingdom of beasts is Venus, an Umbrella cockatoo with snow-white feathers and black, penetrating eyes.

You do not want to meet Tyler Rea in a dark alley. Wrapped in a sarong, a tiger-claw blade extending from each clenched fist, he is the picture of focused ferocity. Rea, 34, is trained in the Indonesian martial art of pentjak silat, a stunningly efficient system to kill opponents using a claw-blade defense. 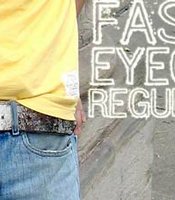 The fashion eye of the regular guy

Tom Frame is not a fashion plate. He will never make Mr. Blackwell's annual list of best-dressed men. He is completely out of touch with what the men's silhouette for summer looks like. Even the Fab Five of "Queer Eye for the Straight Guy" fame would pass on this guy. And Frame, 77, couldn't care less.

Hooked on the Flint Hills

Artists pay homage to prairies, skies that keep them inspired

There's something about the Flint Hills that keeps luring back noted Lawrence landscape artist Robert Sudlow. "It's kind of like a moonscape: Everything's there and nothing's there," says Sudlow, 85, who taught painting at Kansas University from 1947 until he retired 40 years later.

When Peter Thompson pulled into Lawrence in 1965, he thought his new position as a painting and drawing instructor at Kansas University would be temporary - a mere pit stop in his academic career.