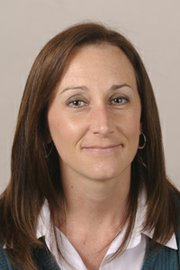 During my 13 years at the Lawrence Journal-World, I’ve worn a number of hats. I started by working the nightshift as a copy editor and progressed to society editor and then assistant assignment director.

During the past few years, I returned to reporting, and it has proved rewarding.

I have met many fascinating people including:

• Susan Mozykowski, who opened her home and heart to me while battling brain cancer.

• Lawrence resident Heidi Karn Barker, who had a life-saving organ transplant and allowed me to capture her journey.

• Michael Douglas, who has a rare lung disease, but you wouldn’t know it by his upbeat attitude and gratitude for life.

Today, I am a health reporter. Now, I wouldn’t call myself a health nut, but I watch what I eat and enjoy exercising. I also support the movement to buy locally-produced foods.

That’s because I grew up on a small cattle-and-wheat farm near Abilene and was actively involved in 4-H. I still enjoy gardening and baking — two projects I took in 4-H. One of my favorite jobs was working at Rock Springs 4-H Center as an archery instructor for two summers.

I graduated from Chapman High School, and then earned a bachelor’s degree in journalism at K-State, where my husband and I met. We still bleed purple despite living in a sea of crimson-and-blue Jayhawk fans.

My first journalism job was at The Daily Union in Junction City, where I worked for nearly three years and that included during the 1995 Oklahoma City bombing. I was the wire editor at the time and fielded questions from national media about that horrific day because of Timothy McVeigh’s connections to the town and Fort Riley.

I always tell people that being a journalist is never boring.

For example, I received Botox for a story about anti-aging procedures. A few months later, I designed the front page of the newspaper on the night when KU's basketball team won the national championship. I had a blast handing out papers in downtown Lawrence.

I have evolved into a multi-media reporter — something I never expected. I report for 6News in Lawrence and KTKA in Topeka.

You can follow me on Twitter, where I provide instant updates on health news and what’s going on in Lawrence.

I am a blogger for a new health Web site. My goal is to spark a community conversation about how we can live healthier, happier lives and then report on our progress.

If you have a story idea or suggestion for the health Web site, please contact me by e-mailing kbritt@ljworld.com or calling (785) 832-7190. 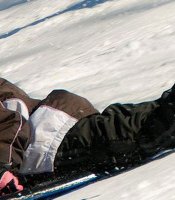 With temperatures hovering around the freezing mark, the Lawrence-Douglas County Health Department and the Kansas Department of Health and Environment are encouraging Kansans to exercise caution when outdoors. By Karrey Britt

When you walk in Dr. Dan Ranjbar’s office, you are greeted by a 7-year-old golden retriever named Sunny, who loves attention. It’s just one of the ways Ranjbar tries to make his patients feel comfortable. He’s also incorporated his love of nature into the office design.

Dr. Ryan Neuhofel is not only new to Lawrence, he’s bringing new ideas to family medicine. His goal is to bring back old-fashioned medicine, where a doctor has a relationship with his or her patients.

Lawrence musician Sean Mawhirter has organized a benefit music event, “Sounds for Tomorrow Fest,” that will be from 4 p.m. to 9 p.m. Saturday in South Park. The family-friendly event will feature a variety of music from hip-hop to bluegrass, and it will be free of charge. Donations will be accepted and they will go to the American Cancer Society.

Kids can learn how to cook up pumpkin-flavored treats

Pumpkins are for more than carving, kiddos.

The Douglas County Food Policy Council released a 75-page report today that provided a smorgasbord of information about the food system in Douglas, Jefferson and Leavenworth counties. 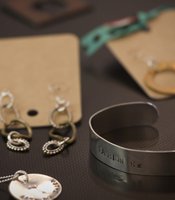 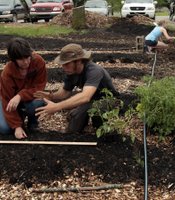 Douglas County youths can make some political noise by attending a Rock the Vote concert Wednesday at Liberty Hall.