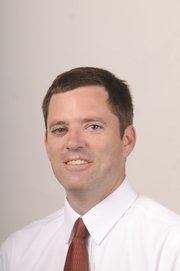 I’ve been a reporter and editor at the Journal-World since 1992, and have been turning stories and other content for LJWorld.com since before media convergence was considered cool.
While I now concentrate on transportation news, I’ve been known to dip into matters ranging from business to bioscience to Kansas University basketball.
For a story, I once drove a former Winston Cup car for 10 laps around Kansas Speedway, apparently at speeds reaching 165 mph (that’s what they told me; the car had no speedometer, not that I would have chanced looking at it anyway).
I say roundabouts make sense both on paper and in practice, although I have many friends who constantly try to convince me otherwise. And bacon is the greatest meat on Earth.
I also drive a Honda Odyssey minivan, and am darned happy about that — I figure its well earned family-wagon appearance has helped me avoid at least a few tickets, compared with the citation-magnet red Civic I used to drive.

Like any skilled musician — or, even more to the point, anyone skilled in helping equip musicians with proper instruments — Leo Posch trusts his ear. Come to think of it, he also relies a great deal on his eyes, hands, fingers and other information-gathering receptors when it comes to his career calling. 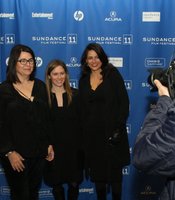 Lawrence teens will be expected to do more than act when it comes to grappling with difficult issues and addressing real-life problems, as part of a grant-financed project at the Lawrence Arts Center.

Parents are invited once again to pack up the kids — the ghouls, the goblins, the princesses, the Lady GaGas — and head downtown for wholesome and productive trick-or-treating, before heading back home for after-dark roaming in accordance with all the regular rules. 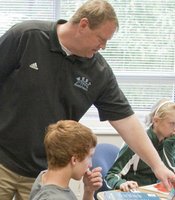 Students learn how to manage their money at an early age

Buying, selling, trading: Students in Stan Frantz’ Introduction to Business class do it all each day, charting gains and losses on imaginary $10,000 portfolios of very real stocks they’d “bought” a few weeks ago.

Smashburger is bringing its made-to-order burgers, flash-fried vegetables and rosemary-and-garlic-seasoned fries to Lawrence this spring. 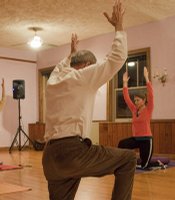 Having eaten the Thanksgiving leftovers, braved the early-morning sales, survived the Kansas-Missouri game and otherwise endured the weekend, it’s time to get moving again.

Vermont Street BBQ is closing Sunday, as the restaurant’s owner prepares to close a deal for a new business to occupy its downtown location.

Liberty Hall to cater to youth