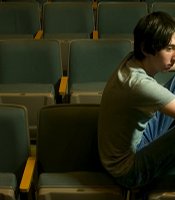 Quinn Brabender eats an entire bag of candy, chugs 12 bottles of Jones Soda and a cup of coffee, and passes out on his computer keyboard. He wakes up 36 hours later, disoriented, in bed. "What time is it?" he mumbles, checking his alarm clock. Brabender gasps. "I'm wasting valuable experimentation time!" he shrieks, stumbling to his feet and rushing out of the room. 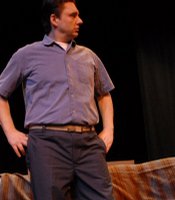 In Lawrence, gaudy couches - worn with age and perched on front porches - are synonymous with college students. "Around April or May, they always end up on the curb and get thrown away. You just kind of wonder, 'How long has that couch been around? Why did they throw it away?' And you put it in the back of your truck, and now it's in your living room," says Adam Lott, a Kansas University senior. 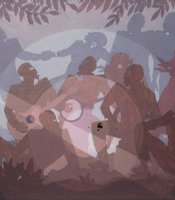 Growing up in Topeka, Cyrene Holt knew that her uncle - "the artist" - was making important work in New York. "Everyone was really impressed with what he was doing," Holt says. "But thinking that he was going to be famous or known - I don't know if that was thought of because of the fact that black people weren't recognized in that way." 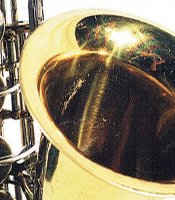 Two Kansas University graduates return to Lawrence today to share their poetry. Kevin Rabas and Matthew Porubsky will give a reading at 7 p.m. at the Lawrence Public Library, 707 Vt. Both have books published by Lawrence-based Coal City Review. Porubsky's "Voyeur Poems" was released in May 2006; "Bird's Horn & Other Poems," by Rabas, came out last month. 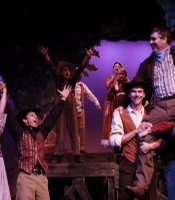 It's a case of history repeating, but this time someone else is in charge. "The Ballad of Black Jack" returns this week to the Lawrence Arts Center, 940 N.H., where it had a moderately successful run last year as the kick-off to Civil War on the Western Frontier activities. 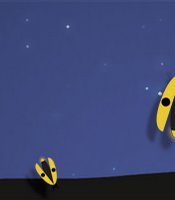 A look at what we dig about the sultriest season

Aah, summertime. It stirs a sense of euphoria in most of us. School's out, the sun is shining, and the world seems to move at a slower clip. In homage to this glorious season, we explore some of the elements that define it - from lightning bugs to lemonade, longer days to lingering poolside. 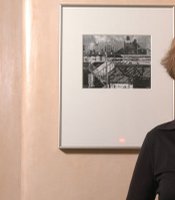 Janet Satz feels like a voyeur when she visits the city. Whether she's in Chicago, where she grew up, or New York, where she lived before moving to Lawrence, she often finds herself glancing into high-rise windows while riding the train into the heart of the metropolis. "There's always something going on, something behind the facade," Satz says. "I find the city is very mysterious."

Director Mary Doveton's assessment of the Lawrence Community Theatre's summer show as "frothy" and "fun" describes what she hopes will be the audience experience.

With song titles like "Minivan Mama," "In High Gear" and "Hammer Down," surely The Global Warmers were destined to play in an art car parade. The Lawrence band, which describes its genre as automobile-based rock, will perform on the back end of a decapitated 1991 Chevy Suburban during Saturday's Art Tougeau Parade. 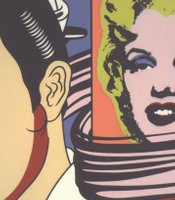 When Emily Stamey shows Roger Shimomura's early prints to people who know the artist for his paintings, she always gets the same reaction. "They say, 'Oh my gosh. He was doing that 20 years before I thought he was doing that," says Stamey, a doctoral student in art history at Kansas University.