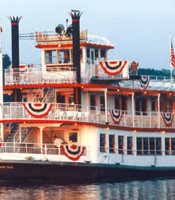 In Hannibal, Mo., you’ll find the spirit of Mark Twain, who penned the classics “The Adventures of Tom Sawyer” and “Adventures of Huckleberry Finn,” is very much alive.

When Bobby Troupe wrote “Oklahoma City looks mighty pretty” in the Route 66 song back in 1946, he had no idea just how beautiful OKC was going to get by 2013.

There’s nothing quite like a carousel ride for the young and the young at heart. Listening to the cheerful organ music playing as you glide along on a brightly painted pony while the outside world, with its stresses and cares, blurs to meaninglessness, is probably as close to paradise as an earthbound mortal can get.

Daytripper: Back to the future: 1950s All-Electric House is totally wired

Attention, harried housewives! Tired of doing everything by hand? Imagine a house with every modern, newfangled convenience, even a mangle iron! 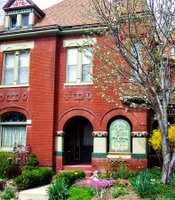 This historic little town, whose motto is “Where the West Officially Started Getting Wild,” is filled with surprises. The Pony Express got its start in St. Joseph on April 3, 1860, and outlaw Jesse James met his end there when he was shot and killed on the same date 22 years later.