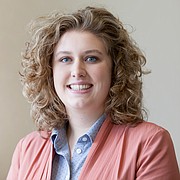 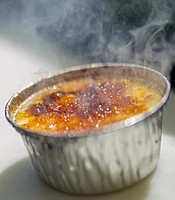 A new culinary festival is being planned in Lawrence this fall as a bookend to food truck season.

Richard Renner, the man behind the Lawrence Busker Festival, has been working since 2008 to transform the Free State into the Freak State. And, as the Fest has grown from three stages and a $2,000 budget to five stages and $20,000 over the past seven years, he may be succeeding.

Though a recent Lawrence transplant (at least as far as Lawrence artists go), 30-year-old painter, illustrator, filmmaker and clothing designer John Sebelius has made a name for himself throughout the local arts scene.

While thinking up the idea for Laugh Out Loud Family Zone, owners Christie and Charles Peterson kept in mind the noisy arcade games, bad food and mindless play associated with many of today’s kids entertainment venues.

Since she was an adolescent at South Junior High School, Lydia Hull had been dreaming of a career in acting. Now, the Lawrence native has just experienced her first big break. By Nikki Wentling

The fifth annual Sandbar Block Party will celebrate the beach-themed bar's 24th anniversary and the opening of the new Sandbar Sub Shop location at 745 New Hampshire St. Lawrence-formed indie band Cowboy Indian Bear will perform before the Grammy-nominated The Fabulous Thunderbirds, a Texas-based, blues-rock group formed in 1974. By Nikki Wentling

On Monday, Sarah Rasmussen, a 17-year-old from Platte City, Mo., placed second in the final round of the International Institute for Young Musicians piano competition, an annual event that leads into a three-week camp on the Kansas University campus. She will join the other finalists in a Winners Concert on Friday, June 12 at 7:30 p.m. at Murphy Hall.