Sophia is a native of upstate New York. She came to the NewsCenter in 2005 after working as a news reporter at The Sun News in Myrtle Beach, South Carolina.
She holds a bachelor's degree from the State University of New York at Buffalo and a master's degree in journalism from the University of Missouri - Columbia.
She lives in Lawrence and in her spare time enjoys hiking and exploring all that the Lawrence has to offer. 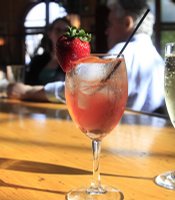 Tempered spirits: It’s five o’clock somewhere, but has the party moved on?

“It’s five o’clock somewhere!” That’s the rallying cry for the time-honored tradition called happy hour, a ritual in which colleagues, friends or perfect strangers convene after work at a local pub or restaurant to relax over their favorite libations.

Visitors bring comforts of home along to festival 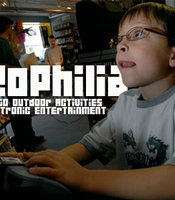 Americans are forgoing the great outdoors as they resort to videophilia. "The paradigm is changing," said Oliver Pergams, a University of Illinois-Chicago professor.

A miraculous blood offers immortality. The subject made a good science fiction book. Now Kansas University professor James Gunn, who turned the idea into the 1962 science fiction novel "The Immortals," is waiting for his brainchild to hit the big screen. But Gunn is learning that with Hollywood, it can be a long wait.

Service for blind desperate for space

A pile of records and musical instruments litter a room in the Kansas Audio-Reader Network office on the Kansas University campus.

Campus housing not what it used to be

These days, just sharing a room can be too much for a college student. But when John Conard went to Kansas University in the 1940s, he had to share a bed.

It's not what one would expect in a prefabricated home. A movable wall. Bamboo floors. Walls made almost entirely of glass.

Tower at KU on way down

After 82 years standing atop Mount Oread, Kansas University's radio tower is coming down.

Blaine Muhl has Cabo San Lucas on the mind.