The Eldridge is no stranger to rising from the ashes, most famously having been burned to the ground during William Quantrill’s infamous raid on Lawrence in 1863. The modern day, however, has seen the hotel prosper: the 48-room hotel boasts a bar, restaurant and plans to double in size moving forward.

When George Grieb bought Lynn Electric & Communications in 1999 from Chuck Lynn, who started the business in 1977, it was a small residential company whose services were largely confined to Douglas County. In the last decade, business has boomed.

The ownership at On The Rocks claims to be among the first bring the concept of a large discount superstore, mix and match beer options and a beer cave to Lawrence when the store opened in 2009. Along the way, the store added another distinction: some of its regulars are of the four-legged variety.

The result of two months of work, in which nearly a dozen students and a longtime Lawrence quilter had a hand, will soon be boxed up and shipped across the Atlantic. Now, those who produced the quilt hope to find a way to follow it to South Africa. By Stephen Montemayor

You had the facts and you voted. Here are the Best of Lawrence 2011 Winners.

There's still much time to let your voice be heard

Vote here in our 2011 Best of Lawrence competition

From now through Valentine's Day, Feb. 14, you can vote on your favorites local businesses and help them be dubbed one of the 2011 Best of Lawrence. One vote per e-mail address.

With voting beginning in a few days, we roll out the last of our categories to be previewed 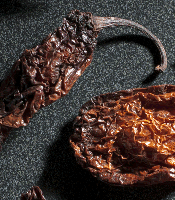 It's officially recognized as the hottest chili pepper in the world and we tried tried them just to be sure.

Help us make sure we include Lawrence's best options for consideration

Voting begins Jan. 24, but there's still a few days for you to let us know if we've missed any of your favorites

Voting begins Jan. 24. Let us know if we're missing any candidates for our categories.

With voting just weeks away, we look at Best of Lawrence's haircut and clothing categories

With voting just weeks away, we look at our candidates for the best Asian cuisine and best breakfast in town 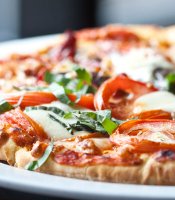 Best of Lawrence 2011: Pizza and Italian

We're taking a look at pizza and Italian in anticipation of Best of Lawrence 2011.

Best of Lawrence 2011 Gets Spicy 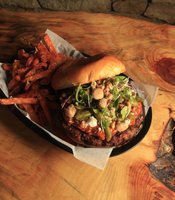 In the weeks leading up to Jan. 24, we're seeking feedback on our lists of candidates for each category

Best of Lawrence returns Jan. 24. Weigh in on our nominees for each category. 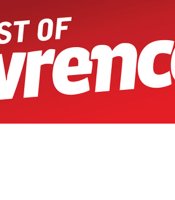 In the coming weeks we'll be unveiling maps of candidates for each category. Let us know what you think.

Best of Lawrence is back and we want your help

For the first time since 2006, the town's best food, drink, fun and services will be voted on by you