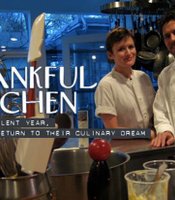 After a turbulent year, the Krauses return to their culinary dream

Street Level strolls east to visit the Krauses in their home kitchen to talk about red tape, culinary mishaps and triumphs, and being thankful through hard times.

A look at what style the stylish are stylin'

The New Amsterdams' Matt Pryor gives it up for the kids. Again.

As the front man of the Get Up Kids, Matt Pryor toured the globe and left a wide wake of swooning teenagers. GUK fans were inconsolable when the band broke up in 2005.

Work Is An Engine

Suppose an architect, an EMT, a schoolteacher, an environmental technician and a wine-loving student of Seneca get together and form a rock and roll band, each member skilled in several instruments... can they actually rock?

The Spook Lights serve up a raunchy recipe for Shake, Rattle and Roll.

Preheat a ten-gallon cauldron over a blazing fire of hemlock boughs, several strips of black leather and two or three datura flowers. While the cauldron is heating, burn photographs of Jayne Mansfield and Richard Simmons, as many as you like. Reserve the ashes in a Tupperware container. When the cauldron begins to smoke, add five heaping skulls-full of rockabilly, a dram or two of surf music ...

When Don Mayberger began publishing his "quick and dirty" music 'zine 26 years ago, he never dreamed it would someday reach more than a quarter of a million people each week.

The Esoteric strip down, light up and release a barnburner

The Esoteric's ten-year rise to household name-status among the acultured in Lawrence has been marked by hard work and some hard luck-the band's house went up in flames nearly two years ago). 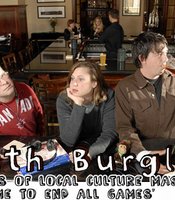 Denizens of local culture mastermind 'the game to end all games'

Would you crawl around under a bridge at Mary's Lake looking for a Golden Animal? Or dodge cars to have a dance party in the middle of Massachusetts Street? Matt Armstrong, Kitty Mitchell and Andy Morton are the creators of The Lawrence Hunt, an all day scramble that is part conundrum, part endurance feat and more fun than a meat bikini. The Hunt requires contestants - often more than 50 in number - to shed their inhibitions, and occasionally their clothing, in the quest to win prizes supplied by Lawrence businesses.

Born and bred in Kansas, Danny Carey was a typical small-town kid: he scrapped with his brothers, he played basketball and he joined his high school band playing drums. Eventually he spent a few years studying drums at UMKC, and then headed west to L.A., where he ultimately formed the nationally reknowned band Tool

Light up the nightlife

Five years along and Neon is still glowing strong

When Edwin Morales laughingly talked his way into hosting a weekly dance party called NEON, he just wanted to spin records while having fun out with friends.

Some Cheap Cologne, a Hot Box and Thou

Employing natty haberdashery and a contraption called the harmophone, Drakkar Sauna crafts gleeful ditties about things that few humans can comprehend - the etiquette of dueling, cannibal metaphysics, Spanish cinema - and you can sing along to it all 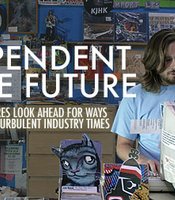 Independent of the future

When it comes to supporting indie music, Will Oldham is putting his money where his mouth is.

Inside the White Whale

When a bunch of seasoned salts from Kansas band together to embark on an epic musical voyage, it's no surprise that well wishers line the quays to wave them off. Advance reviewers of White Whale's "WW1" shout "Grandiose!" "Artistic!" "Primal!" "Expressive!" 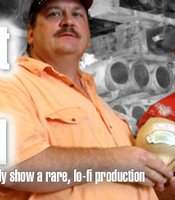 The ammunition for Lawrence's Fourth of July fireworks show is stored in a barn on the outskirts of town. The location is a closely guarded secret. The barn is invisible from the main road, set low in a hollow and obscured by a windbreak of trees. Old cars and farm implements parked around the barn offer no clue to the fact that $12,000-worth of fireworks - "shells" in pyrotechnical jargon - are hidden inside.

In the Mayan ruins at Palenque, the past is irretrievable, the future irrelevant. Birds call in the jungle; lizards skitter across ancient stone. The tourists arrive, and snap photos with cellphones and send postcards. Justin Roelofs came to download vibrations.