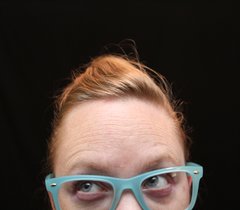 If you don't see your picture here, you can visit the full set on my personal website: http://www.ohsnaphoto.com/st-patricks...

Hello, from Ailecia, your favorite lawrence.com party pics photographer! I want to give a shout out for this show! The Soft White Sixties are awesome--amazing vocals and muscianship doing that 60's r&b inspired rock n' roll thing. One of my dearest and oldest friends from Alabama is in the band, and I'd appreciate y'all supporting this new and emerging band from San Fran. http://www.youtube.com/watch?v=jc9Qgn...

Thanks for the feedback. Sorry you don't appreciate my aesthetic. For the record I shoot with a professional camera, glass & edit in Lightroom, not Instagram. I just prefer an old skool aesthetic. And it was hella dark in there, shooting with only a 2.8. Would love to see _your_ photos, kind sir.

Behind the Lens: Camera flash can be useful even when it's sunny

Flash with a warming filter helps out with the whole vibrancy thing.

actually, this was DJ G-Train's 3rd Anniversary of his monthly First Fridays DJ set at the Replay Lounge, not Final Fridays or connected with the monthly art shows.

It's so rare to see a stage filled entirely with queer/lady/trans performers, but tonight, we may just pull it off.

Doors 6pm
Music 7-11pm
ALL AGES!!
$5 with any student ID / $7 general public
~nobody will be turned away because of lack of funds ~

We're super excited to announce that representatives from the following important organizations will be attending to table with information about their programs: GaDuGi Safe Center, Kansas City Anti-Violence Project, The Willow Domestic Violence Center, Empowering Queer Activists and Leaders (EQUAL), and Rape is Never Justified.

***
Meet, The Shondes a queer/lady/trans/jewish band from NYC making their first appearance here in Lawrence!

"The Shondes make bold, brassy lonely-heart rock with the snarl and swoon of classic '90s Northwestern indie--all riot grrl bluster, K Records sentimentality, and a keening, wailing violin that's more Nirvana Unplugged than Raincoats unhinged... Separating themselves from Sleater-come-latelys, the Shondes have a little bit of steampunky clatter underneath their crunching riffs and a keen ear towards the Jewish music that raised each of its four members."
-The Village Voice

Party Pix: Celebrating the Jayhawks in the Final Four

full set of pics up at: http://www.ohsnaphoto.com/winningfina...
ROCK CHALK!!!

and here's a link to pics from after KU's Final Four win! http://www.ohsnaphoto.com/winningfina...