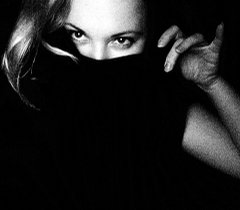 UPDATE ON CHAPLIN BAR CRAWL: Post screening, let's take the streets and share a beverage or two. Special discounts offered at the following bars for CHAPLINS ONLY. And that means full garb, ladies and gents. No marker mustaches on fingers held delicately under one's nose.

The simple fact that no one commented on this just proves that no one visits this site anymore. That said, if you ever check this again, Phil.....great job.

p.s. WorldCo, you still owe me a prize for when I won the Caption contest so long ago. Don't think I've forgotten.

Well said, and thanks for taking it one step further and offering some alternatives, man. *sigh* Seeing that old site makes me all sad.

Yeah, I used to think sometimes that you were just a blowhard, but well done, Matt Armstrong, well done.

There is also the theory that circular charges placed around the well would cause it to collapse upon itself long enough to seal it. There are many theories. I don't know, I just don't know. When all the scientists and engineers disagree (and some simply because they're being paid to do so), it's hard to get a handle on it. The simple fact is, we started doing this shit unprepared for the consequences of something like this. It's only going to get worse. I'm not being pessimistic here. It's just started gathering on the shores and there are two identified large plumes (vertical, not just horizontal) out there. Let's not even talk about the dispersants because I cannot handle that right now. I can barely handle all the people who are supposedly on "my" side.

I haven't been down yet, but I've talked to fellow photographers who have been down in the last few days and seen their photos. Clearance is an issue, of course. It doesn't seem to ALL be as dramatic as that image, but it depends on where you are, and when. It's a big, broken-up coastline here and there are plenty of places for this to go. Before this, football field of wetlands every 45 mins. Now?

I suggest following this for news: http://www.facebook.com/pages/Oil-Vol...
And the Gulf Restoration Network has some good images on Flickr.

I mades 'nother one: http://www.flickr.com/photos/j_ensley...

I have at least two more lodged in me brainmeats. Will post when removed. It's all I can do man. I don't have HAZMAT training and need to work M-F. I may become weekend warrior.