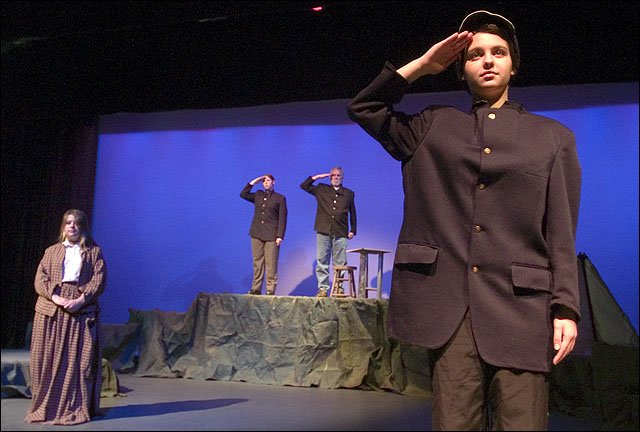 "The Man She Was," by Ric Averill, tells the story of Emma Edmonds, one of 400 women who disguised herself as a man to fight in the Civil War. Sommer Brecheisen, foreground, plays Emma in the show, which runs Friday and Saturday at the Lawrence Arts Center. Also pictured, from left to right, are characters Nellie, played by Kelly Kelin, Chaplain Brady, played by Morgan Nilhas, and General Poe, played by Chris Waugh.