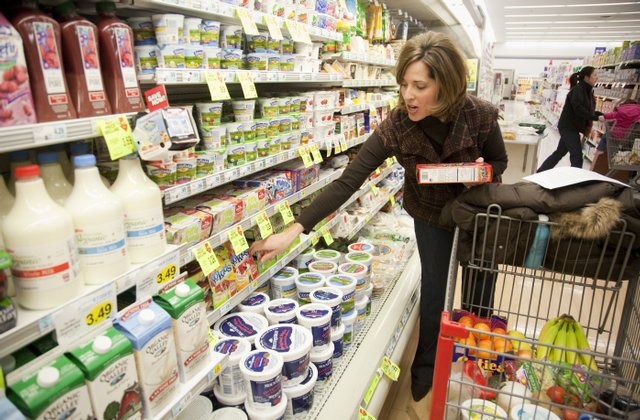 Lawrence dietitian Shannon Jones reaches for a package of Yokids yogurt, Friday, Dec. 18, 2009 at the Sixth Street HyVee store. Jones believes that 50 percent of a shopper's items should be vegetables and that shoppers should stick to the periphery of the grocery store because, most often that's where they will find the healthier food items.