Expect the all-encompassing Free State Festival to dominate local coverage for the next few weekends. In the meantime, peruse another varied selection of events below where you'll find everything from legendary punk shows to a prestigious sci-fi conference at KU. 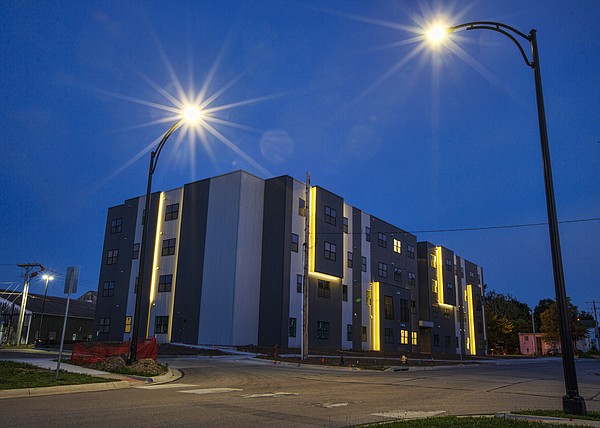 The controversial development of the East Ninth arts corridor project has been garnering all the East Lawrence attention lately. In the meantime, however, don't overlook Friday's opportunity to experience the changing face of ELFK at this grand opening party for the new 9 Del Lofts.

This sneak peek will offer food truck fare from Drasko's, creme brulee from Torched Goodness, and a performance from Psychic Heat, who are sure to frighten away those who are unprepared for such a ruckus at an otherwise civilized grand opening ceremony. 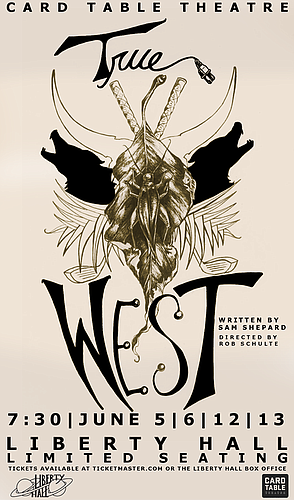 Yes, yes, a lot of attention has already been lavished on Card Table Theatre's production of "True West." But that's because it's terrific. We even wrote a formal, in-depth review of the play which you can read on Lawrence.com here.

Only two chances remain to see this rare, ambitious, unusual theatrical production while sitting BEHIND the curtain on Liberty Hall's hallowed stage. Try not to miss it. 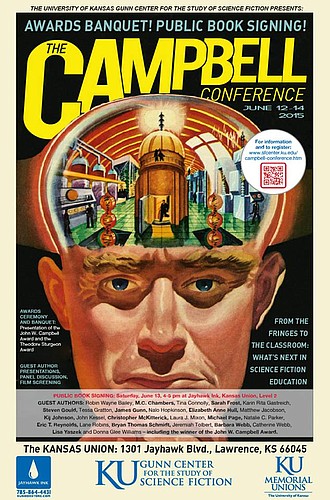 Campbell Conference (Thursday-Sunday) and public sci-fi book signings 4-5 p.m. Saturday at Jayhawk Ink, across from the Kansas Bookstore on Level 2 in the Kansas Union

Not everyone realizes that KU is a rather major science-fiction hub, home to renowned sci-fi author James Gunn and the Gunn Center for the Study of Science Fiction. This weekend's annual Campbell Conference (named for sci-fi luminary John W. Campbell) brings in acclaimed sci-fi authors for three days of panels and workshops and an awards banquet to celebrate this year's Campbell and Sturgeon awards for best sci-fi novel and best short sci-fi of the year.

Among this year's attendees are acclaimed novelist John Kessel, perhaps best known for his novel "Good News from Outer Space," and Stephen Gould, who kicks off this year's conference with a presentation at 7 p.m. Thursday at the Raven Book Store. Find a full schedule of events here.

Walk-up registration for the conference will cost you $50, but the general public can get in on the action with a book signing from 4-5 p.m. Saturday at Jayhawk Ink, across from the Kansas Bookstore. The conference's visiting authors will be on hand for this autograph session where guests can "purchase current, recent, and even some rare books by the authors." 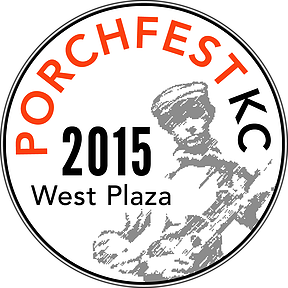 Looking for an unusual daytime jaunt to KC? Consider the second annual Porch Fest KC, a free event where regional musicians (over 100 bands!) take to the porches of the West Plaza neighborhood and entertain visitors who wander from porch to porch to soak up the varied genres on display. Make sure to look for a few familiar Lawrence bands like Sugar Britches holding court on various porches. 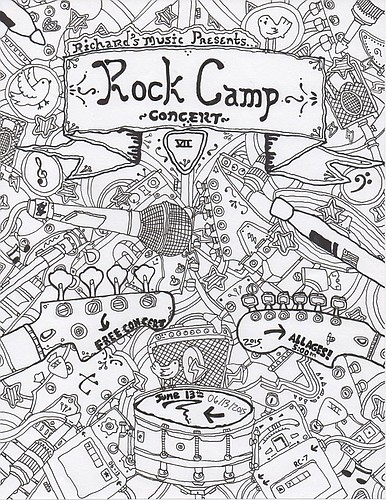 The new Girls Rock! Lawrence music camp has been garnering attention here and elsewhere lately, but of course Lawrence has a long tradition of programs like Richard's Rock Camp to train its children to be the next generation of local musicians to play in bars once they're old enough to swill PBR.

Stop by the Granada on Saturday for the annual climax to a music camp sponsored by Richard's Music, where "30 youth, aged twelve to eighteen, will perform a full-fledged rock concert as a culmination of a three week-long music education program." 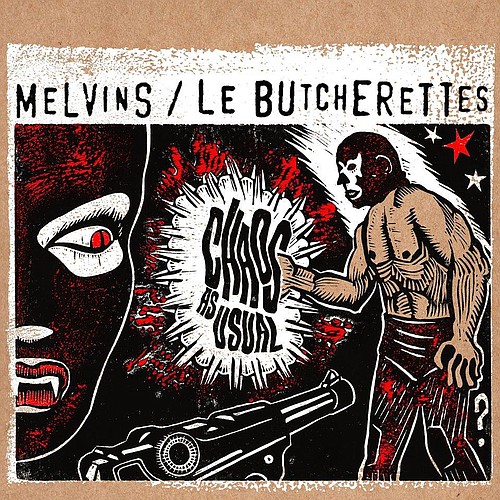 The Melvins/Le Butcherettes, doors at 8 p.m., show at 9 p.m. Sunday, The Bottleneck

Why spend a Sunday night at home watching "Game of Thrones" when you can enter the fray of battle yourself with a set from legendary punk band The Melvins, currently touring with Le Butcherettes, a very cool female-fronted punk band from Mexico whose lead singer goes by the name Teri Gender Bender.

The two bands have a new split-album called "Chaos as Usual," and that's probably a safe bet for what to expect at this show. The Melvins' have been around since 1983, so expect a trek through their deep back catalog followed by ringing ears and a raging hangover for your Monday.

Before you go, check out Fally Afani's Lawrence.com interview with a (very opinionated) Buzz Osborne of The Melvins. The Facebook event page is here. The show will be packed.

Tweet us at @LarryvilleLife and let us know what we're doing right or wrong.

A previous version of this post misidentified the location of the book signing at the Kansas Union. The event will occur at Jayhawk Ink, across from the Kansas Bookstore on Level 2 of the Union.

Hope all of you folks have a good time down by the railroad tracks. There ARE trains on those tracks, with HORNS yet!! Amtrak comes through before dawn,twice, no need for alarm clocks here! Great location!

No one else with any sanity in their mind would put dwellings that close to a rail yard. I don't know anyone who needs "rent control" who can afford $800.00 rent........ Happy sleeping!!