The holidays approach, like it or not, and we've got holiday and anti-holiday options below, as well as plenty of stuff that has nothing to do with the holidays whatsoever. Those are good, too. 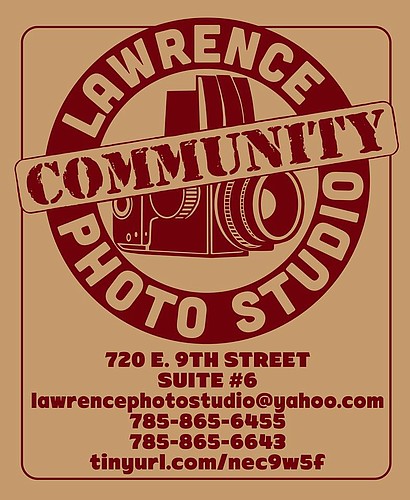 Yes, yes, we know that this column covers the Sugar Britches a lot. Maybe too much. But they're just so prolific! And they're often doing good things, like this benefit show for the new Lawrence Community Photo Studio in East Lawrence, an excellent community resource which could use a little support.

The suggested donation is $5, refreshments will be served (we assume this includes beer), and the Sugar B's have a drummer now. It's the most fun you're likely to stumble into on a slow Wednesday. The Facebook event page is here. 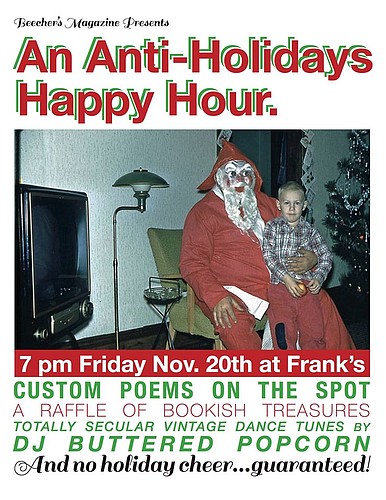 Grinches like us believe Christmas shouldn't be mentioned until at least after the Thanksgiving table has been cleared. And don't get us started about Lawrence keeping the Christmas lights on this month PRIOR to the official lighting ceremony.

Perhaps the good folks at the Lawrence-based literary magazine Beecher's share our views. Their "Anti-Holidays Happy Hour" at Frank's looks to be an intriguing mix of literary activities, "secular vintage dance tunes on vinyl," and the one thing that both holiday and holiday-parties can't do without: booze.

Visit the Facebook event page for more details on the event. 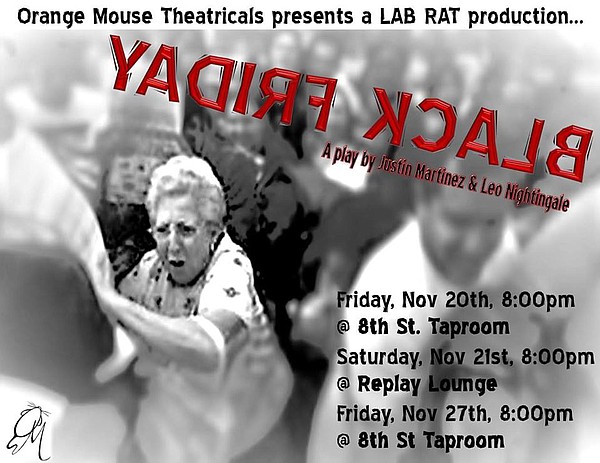 Orange Mouse Theatricals is becoming known for staging their works in unusual locations. They tackled Mamet in the confines of Aimee's Coffeehouse recently, and now they're taking an original play called "Black Friday" into two rather unexpected venues: the Taproom and the Replay.

A short synopsis from the Facebook event page provides a feel for this sure-to-be-unusual event: "Ardent shoppers wait in line for the best deals the universe has to offer in order to salvage their complicated, dysfunctional lives. As they psychotically defend their turf and plot their wacky strategies the game keeps changing.

We've long hoped that a daring local troupe would eventually perform a site-specific version of O'Neill's classic "The Iceman Cometh" set in a local bar. Perhaps Orange Mouse will be the ones to eventually rise to the challenge! In the meantime, this will suffice.

Will the museum's legendary horse Comanche spring to life like the exhibits in the film and chase guests around the collection? Let's not rule it out. 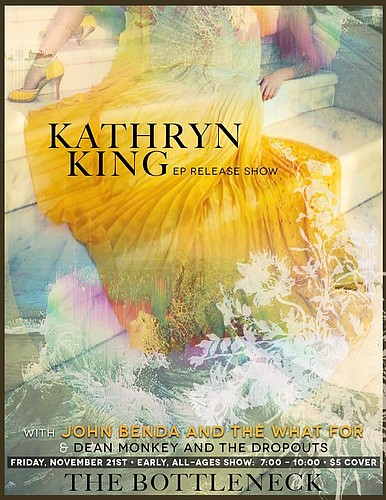 Yes, this is a rare early evening rock show at the Bottleneck, and it's a solid triple-bill of new and old.

The indie-pop of Kathryn King and company may be largely new to local ears, including ours, so we reached out to Kathryn to get the scoop on why music fans NEED to show up early on a Saturday. She says: "Part of the fun is that my band is made up of almost all family members. Some might call us a contemporary twist on the Von Trapps, minus any yodeling. Also since this is my EP Release, those who come will be the first to hear these songs played full band, as they are on the EP!"

Balancing out the newcomers will be local doo-wop stalwarts Dean Monkey and the Dropouts, providing a familiar sight as their many members pack the stage. And John Benda is likely to be recognized by many as the drummer from various local projects such as Spencer Mackenzie Brown's band. He'll step to the forefront tonight with his outfit John Benda and the What For. 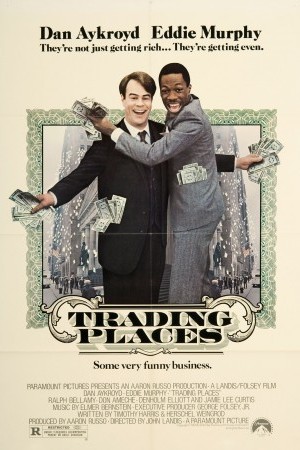 Need a few big laughs before a stressful week of holiday travel and obnoxious relatives? Stop by Liberty for a screening of the 1983 John Landis-helmed holiday comedy "Trading Places," which has been deemed by certain internet scribes as " the pre-'Bad Santa' hard-R holiday movie to beat."

Dan Ackroyd and Eddie Murphy star in this wild variation on the "Prince and the Pauper" story, which also features a terrific performance by Jamie Lee Curtis as well as the great Don Ameche and Ralph Bellamy as business tycoon brothers.

Though a less obvious holiday selection than "Planes, Trains, and Automobiles" (which Liberty has previously screened prior to Thanksgiving),"Trading Places" provides the necessary uplift alongside some welcome raunch. Find more info at the Liberty Hall website.