We're all about the "new" this week.

Learn some new dances. See an old band with a new name. Check out a new fall festival. Buy a new CD from local favorites. Watch an old movie (which still retains the power to reveal new things). That's our advice for this weekend. 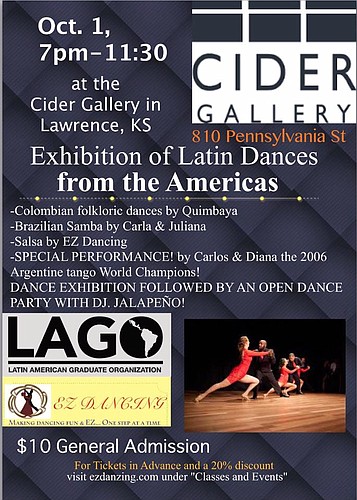 We're not sure how most of our readers choose to spend their Thursday evenings, but we're guessing it's not watching a selection of Latin American dances in East Lawrence. But why not?

Stop by the Cider Gallery on Thursday night for this event celebrating Hispanic Heritage Week and make sure to stick around for the dance party with DJ Jalapeno and show off the moves you learned earlier in the evening. After enough cocktails, we just might convince ourselves we can dance a Brazilian Samba!

The Facebook event page is here and check out this LJ-World article that details other Hispanic Heritage Week events, such as our pals from Cucharada performing as a five-piece in the Eldridge's Big 6 bar on Friday. 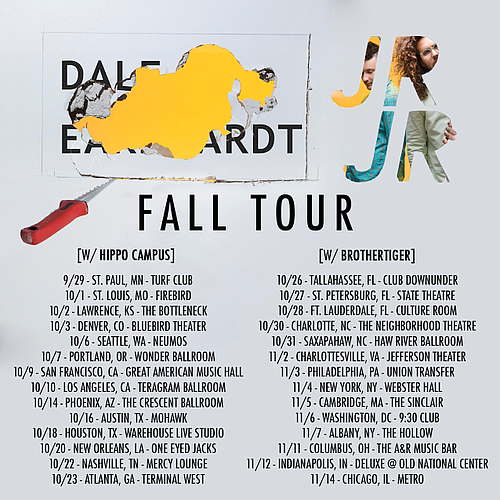 If you like bands with odd names, this double-bill is sure to satisfy.

The band formerly known as Dale Earnhardt Jr. Jr. actually dropped the reference to the NASCAR legend from their moniker earlier this year and now want to be called just Jr Jr.

Confused yet? Don't worry about it. They'll still be serving up the same quirky indie-pop fans have come to expect.

Openers Hippo Campus describe their sound as "kinda pop" and their album "South" arrives in stores and on the Web on the very day of this show. But why not just pick up a copy in person?

The Facebook event page is here. We love the cheeky tour poster which reflects the Dale Earnhardt name change.

Are you missing the myriad music festivals of summer? KJHK and KU's Student Union Activities (SUA) try to fill that void with the debut of a new fall festival at the Lied Center.

Four bands will perform, including the excellent Shy Boys and La Guerre, and the festival will also showcase work from local filmmakers and artists. The Lied is booze-free, of course, but there's plenty of time to hit the bars after the festival ends at 10:30.

Check out an interview with Katlyn Conroy of La Guerre on Lcom, and the Facebook event page is here. 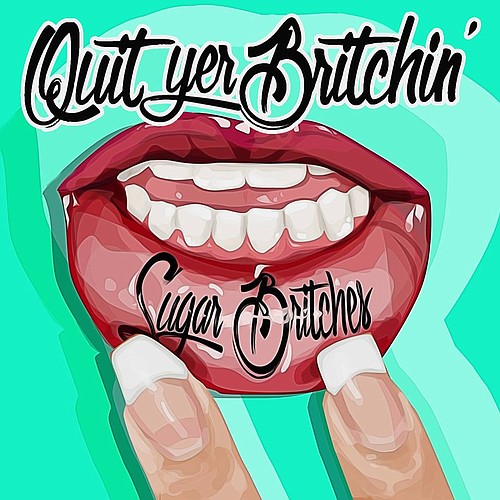 We like to boast about having covered all the milestones of the Sugar Britches' rapid ascent to the top.

The Facebook event page is here (look, all your friends are going!), and the image above serves as the Britches' debut album cover (art by Matthew Asbury). Follow the band's Facebook page for other fun teasers leading up to the show. 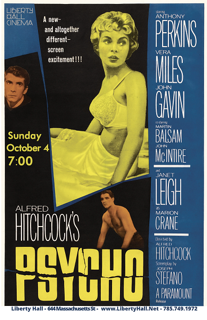 Hitchcock's "Psycho" turns 55 years old this year, but it's lost none of its power to freak you out. Head to Liberty Hall Sunday to witness what's arguably cinema's most famous murder on the big-screen in glorious black-and-white.

Our friends at Liberty must be in the Halloween spirit early this year. They've also got Jon Landis' classic "American Werewolf in London" on tap for Oct. 11. Too bad it wasn't scheduled to coincide with last week's supermoon/blood moon eclipse! But, hey, we'll watch "American Werewolf" any time it plays.

Let's add a bonus pick this week, just in case your weekend is over but you still want to go out for something mellow yet spirited (if you catch our spooky Halloween/booze wordplay).

This month's installment of the ever-odd Thieves' Guild drawing/sketching series will focus on model Dale Cordes "doing double duty playing some eerie melodies on his guitar while striking dynamic poses for your drawing pleasure!"

Fatso's has $2 beers and calls every Monday. After a few of those, your pen may be a little unsteady, but perhaps it will only add to the eerie fun.

I saw and met Hippo Campus at the Midland opening for the Mowglis. Nice guys. More pop then anything.