A whole lot of music and a pre-Halloween horror flick await you in this week's column. Expect us to amp up the spooky picks in the next few weeks as the holiday nears. 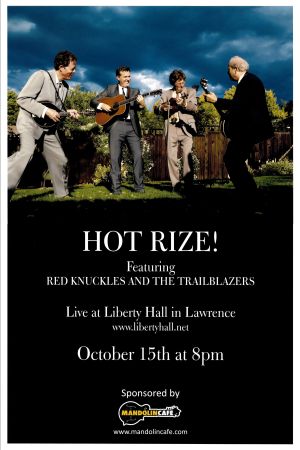 Tired of those sneering young rockers who often grace Liberty Hall's stage? Then this band of truly distinguished bluegrass gentlemen may be just the thing for you.

Hot Rize, featuring renowned mandolinist/fiddler Tim O' Brien, formed in 1978 (the name is a reference to Flatt and Scruggs' flour-mill sponsor) and rose to prominence with their mix of bluegrass tradition and a few modern touches (banjo effects pedals).

It's been 24 years since their last studio album but the reunited band is back on the road with a new album in tow called "When I'm Free." Read a full bio of the long Hot Rize history on their website.

Old fans will no doubt turn up for their heroes but we hope that LFK's twang-loving younger demographic will also show up and pay respect. The Facebook event page is here. Red Knuckles and the Trailblazers open the show.

Filmmaker Steve Balderson of Wamego dips into a number of genres in his wide-ranging body of work, but we think he's most fun when working in a wild, demented John Waters-mode. We're still mildly traumatized by a long-ago screening of his film "Watch Out" at Liberty.

Expect some bloody pre-Halloween fun at a screening of Balderson's new "Hell Town," a high-school slasher horror/comedy that has been racking up good press on the horror festival circuit. Our favorite blurb: “Bad ass. The packed movie house was littered with screams, laughing, clapping, OH MY GOD bursts, and even a couple dry heaves.”

The Facebook event page is here, and Eric Melin has a full preview for the LJWorld. 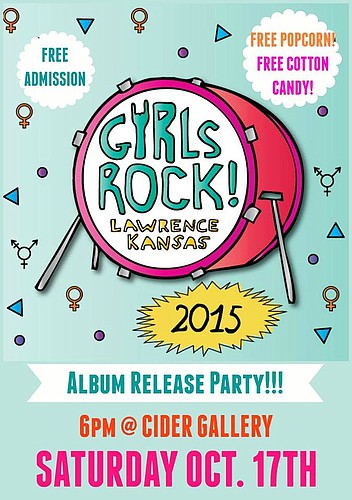 The first Girls Rock! music camp and its associated fundraisers and concerts received a lot of well-deserved attention here and elsewhere. The festivities culminate Saturday with a big (and free) album release bash at the Cider Gallery.

A dance party with DJ Kimbarely Legal commences around 8 p.m. Find more details at the Facebook event page and Fally Afani's preview of the event over on Lcom. 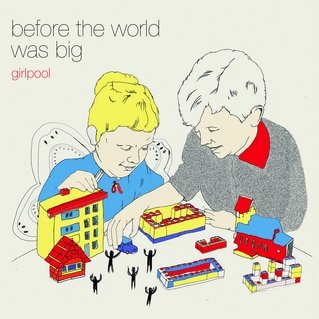 Looking for more "girl rock" on a Saturday evening? Swing by Love Garden as they team up with KJHK to bring buzzy LA duo Girlpool to town for an in-store shindig as part of KJHK's 40th anniversary.

Girlpool's new album "Before the World Was Big" received a very respectable 7.8 from Pitchfork:

"Harmony Tividad and Cleo Tucker — who sing occasionally in harmony and occasionally in unison, but always together — seem to be singing in the center of an empty, well-lit room, staring directly at you. To listen to 'Before the World Was Big' is to meet their gaze and feel slightly unnerved and exhilarated. It is a quiet album of uncommon intensity."

The confines of Love Garden should prove perfect for their sound, but it certainly won't be the kind of "empty, well lit room" that Pitchfork mentions, since the Facebook event page already lists nearly 200 attendees. A yet-to-be-named opening act kicks off around 7 p.m.

Acclaimed South African "modern folk" artist and activist Jeremy Loops stops off for a Sunday night show in Lawrence during his massive world tour. This show follows a truly stellar weekend of music at the Bottleneck: Broncho on Thursday, Psychic Heat on Friday, Youth Lagoon on Saturday.

Loops' hit single "Down South," a collaboration with South African rapper Motheo Moleko, is described in Consequence of Sound, as a mix of "arena rock guitars, flourishes of electronic textures, hip-hop swagger, and folk earnestness [blending] together into a swelling anthem that champions positivity and self-actualization." Sounds like an inspiring way to end a weekend in LFK.

Indie electro-pop band Brick + Mortar open the show. They're from Asbury Park, N.J., which means they better be prepared for us to ask them some annoying questions about Bruce Springsteen.

Tweet us @Larryvillelife with tips for next week's Picks.

Hot Rize is one hot number. With Red Knuckles and the Trailblazers opening the show how can this night not be one of the best on record for listening pleasure.