Halloween approaches, but we haven't drifted fully into ghoulish high jinks in our weekly picks just yet. Perhaps next week. In the meantime, you'll find a few Halloween treats nestled in between the usual film, music and art selections. 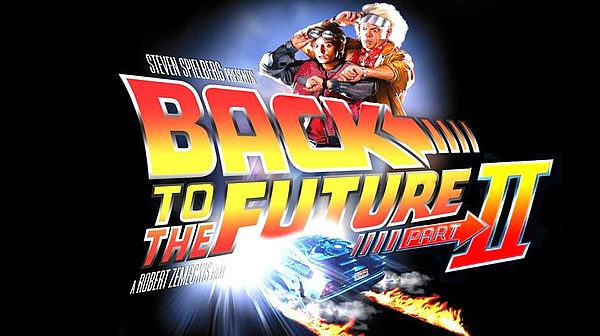 'Back to the Future Part II' screening, 4:29 p.m. Wednesday at Replay

The future is... now!! The Replay plans to screen "Back to the Future Part II" on Wednesday beginning "at the exact moment when Doc and Marty travel to the year 2015."

Let's face it: some of you geeks have been waiting impatiently for this moment since the film premiered in 1989, so skip out of work early and make the most of it. Guests are encouraged to "dress 1980s, future, 1950s, or Old West!"

We're not sure how many people will actually attend (our guess would be about eight), but this is the kind of cool idea we can't resist promoting. And, hey, the Replay even has free popcorn these days just like the Red Lyon next door. 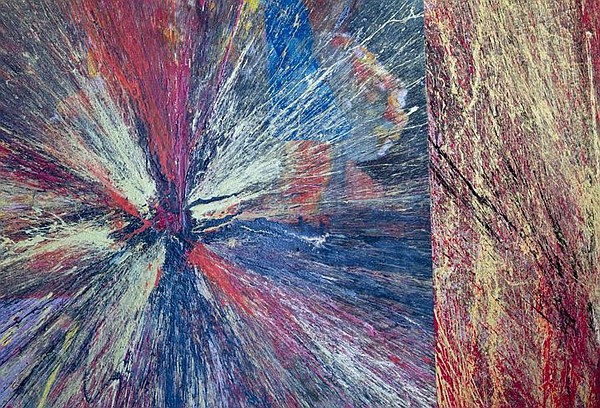 There really isn't a lot to be said about this event. It's your last chance to look at these sledgehammer paintings by local legend Wayne Propst AND you can eat free hot dogs while you look at them. Does anything more NEED to be said, really? Probably not. But here's what Wayne says:

"Sledge hammer painting is or appears to be random and chaotic. It is actually quite directed by several tools that I have evolved. But it is sledge hammer painting thus head speed remains the most impacting component of this work. Really it's about energy. Industrial coatings at 400 feet per second."

See you at Cider. 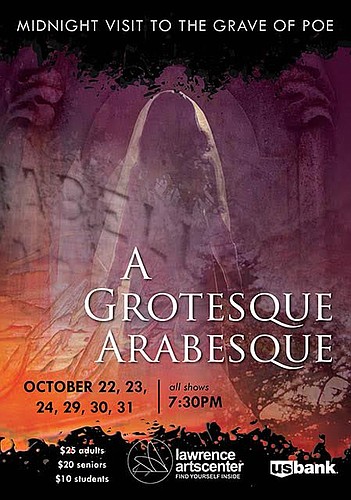 'A Midnight Visit to the Grave of Poe: A Grotesque Arabesque,' performances from Oct. 22-Oct. 31 at Lawrence Arts Center

OK, folks, Ric Averill has spent YEARS trying to bring this Edgar Allan Poe-based "experience" to the Arts Center (we recall seeing a long-ago workshop of a few of the songs). The Facebook event page description promises some unholy combination of rock opera and modern dance performance combined with "digital scenery."

Support the ambition and devotion this weekend as this "Grotesque Arabesque" finally takes flight. It runs for two weekends and guests are invited to dress in their best Gothic costumes for the Halloween night performance.

If you're looking for a spooky theater piece that's geared to younger viewers (and a cheaper ticket), the Arts Center also has you covered this weekend and next. "The Boy Who Left Home to Find Out About the Shivers," an adaptation of a Brothers Grimm tale, plays on Friday and Saturday in the Black Box downstairs. Find details here.

[Note for Royals fans: we're told that both productions are only around an hour in length, leaving you plenty of time to catch some of Friday's all-important game afterward). 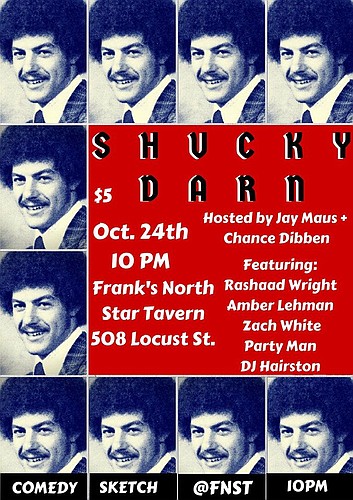 LFK's long-running Comedy Freakout at Frank's has run its course now that co-host Peter Lyrene moved away to Nashville, presumably to start a career as a rodeo clown. But don't fret. Freakout's Chance Dibben has partnered with local rascal Jay Maus on a new comedy enterprise called "Shucky Darn."

Perhaps you're unfamiliar with the title phrase, which supposedly translates loosely to "Wow." You're probably not alone. Although Slate magazine recently deemed "Shucky Darn" the official slang phrase of Kansas on a bizarre map of U.S slang, we don't know a single person who ever uttered the phrase PRIOR to seeing the article.

According to the "Shucky Darn" Facebook event page, the new showcase will feature "stand-up, sketch, and possibly other kinds of fun nonsense." Guests for the first installment include Amber Lehman and "Party Man." Who IS that "Party Man" guy anyway? Doesn't he work at La Prima Tazza? 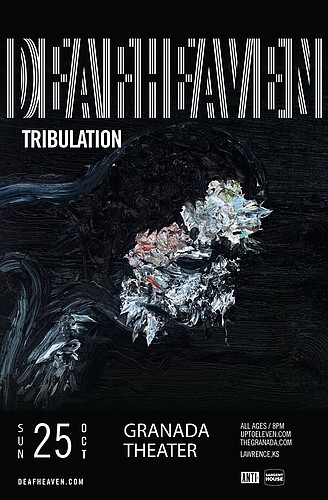 Widely praised "black metal/shoegaze" band Deafheaven rolls into the Granada on Sunday on the heels of an effusive 9.0 Pitchfork review that most bands would kill for. Here are two excerpts of Pitchfork's take on the band's new album, "New Bermuda":

"At a moment when guitar-centric music feels less central to the conversation, and great indie-rock bands have retreated into hardy local scenes, Deafheaven play like a beautiful, abstracted dream of guitar music's transportive power."

"Deafheaven... unabashedly treat the roar of electric guitars as a holy experience. But they have earned their sense of awe, and you can see audiences returning it tenfold in their live performances."

Go bask in their (loud) glow on Sunday and see if they've earned their praise. The Facebook event page is here.

Tweet tips for next week's scariest events to @LarryvilleLife.