Our column is evolving this week. Instead of focusing only on weekend events, we're broadening the scope to include a full week's worth of happenings.

When local hip-hop fans heard that Vic Mensa was coming to town, they probably assumed he'd be at the Granada or Liberty Hall. Guess again. He's coming to the Lied Center thanks to campus sponsors KJHK and SUA.

If any of the Lied's older patrons stumble into the venue hoping for a night at the opera, they'll have to settle for singing along with Mensa's "U Mad?"

Mensa is founder of the hip-hop collective SAVEMONEY and known for collaborations with Kanye West and Chance the Rapper. The Facebook event page currently lists over 350 guests. 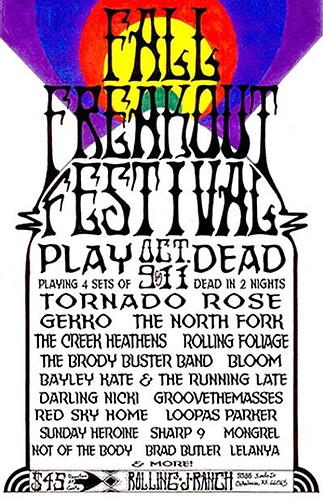 This is our oddball pick of the week but, hey, perhaps a few folks are reading this and thinking, "You know, I sometimes wish I could get out of Lawrence and camp on a nice fall weekend while listening to four sweet sets of Grateful Dead tunes." Readers, you can do this!

Consider packing the tent and making the short drive to Oskaloosa for the Fall Freakout Festival, which includes the aforementioned Dead cover band (cleverly named Play Dead) along with numerous other regional bluegrass/jam/blues favorites such as Creek Heathens and Brody Buster.

The Facebook event page doesn't list a lot of attendees, but maybe the Deadheads have groovier things to do than tell Mark Zuckerberg where they will be partying. 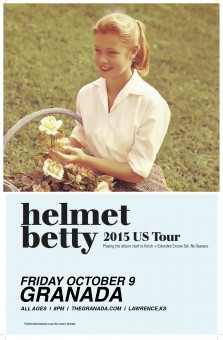 It's been a big week for metal fans. Ghost dropped by Liberty Hall on Monday (all the way from Sweden!) and now alternative-metal heroes Helmet hit the Granada on Saturday to play their 1994 album "Betty" in its entirety. We saw the Sugar Britches play their new bluegrass album in its entirety on Sunday at the Replay. This will be... a little louder.

While metal fans wait in line for this show, they'll catch some of the Granada's free Stoney LaRue country show going on outdoors. Will they like what they hear? Somehow, we doubt it. 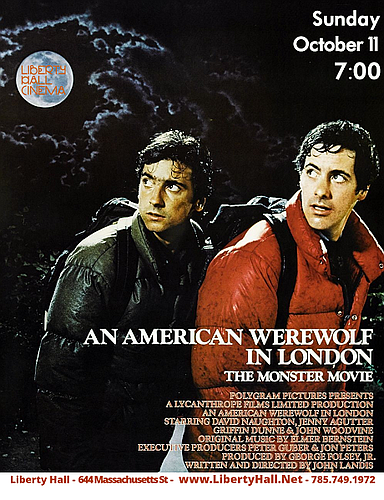 Beware the moon and stick to the road? Nah. Ignore that advice and head to Liberty Hall for this sure-to-be-a-blast screening of John Landis' 1981 scary/funny classic.

As many times as we've seen the legendary cult film, we've sadly never caught it on the big-screen. Expect Rick Baker's classic werewolf transformations to linger in your head for days afterward.

Will Liberty add a few more spooky screenings of other classics as Halloween approaches? Let's hope so. Find more details at the Liberty Hall website.

It's the 42nd installment of LFK's Nerd Nite, and you can bet the nerds are going to make some references to the old "Hitchhiker's Guide to the Galaxy" joke that the ultimate answer to 'life, the universe, and everything" is 42. In fact, those references are already being made on the Facebook event page.

The Nerds revealed several promising new "co-bosses" at last month's presentations, and we look forward to seeing what kinds of presentations they curate in the coming months. This installment, with its focus on "narrative," is particularly appealing to us: "We'll be tackling alternative methods of storytelling and communication found in unlikely places, from Sudanese textiles to vinyl movies to microbloggable arts."

Find the presentation titles and more info at the link above. 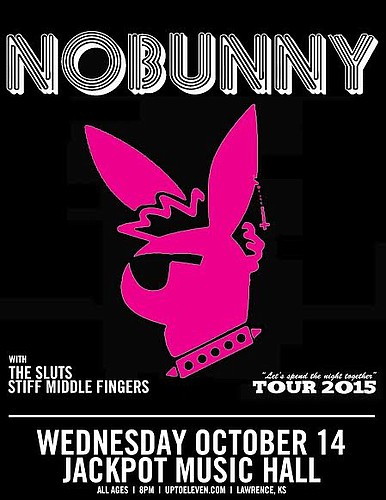 We're suckers for masked singers, and you just can't go wrong when a band has a lead singer who wears a freaky bunny mask. It's not as creepy as Frank in "Donnie Darko," but giant bunnies are still pretty creepy.

The man behind the mask is Justin Champlin, who is prone to insisting he IS a bunny, born in the desert on the day Joey Ramone died.

Nobunny brings its well-received "slop pop" to town along with LFK favorites The Sluts and Stiff Middle Fingers.

The Facebook event page is here. And watch this simultaneously terrifying/cute video of Nobunny performing on a Chicago children's show here.