With the exception of Radkey's present-tense punk fury, this week's column turns its attention toward the past. If you're looking for a reason to dress like a 70's swinger or a Prohibition-era gangster, you're in luck. Or perhaps you prefer to relive the early days of Split Lip Rayfield or watch local actors perform a classic "Twilight Zone" episode in a local basement? We've got that too. 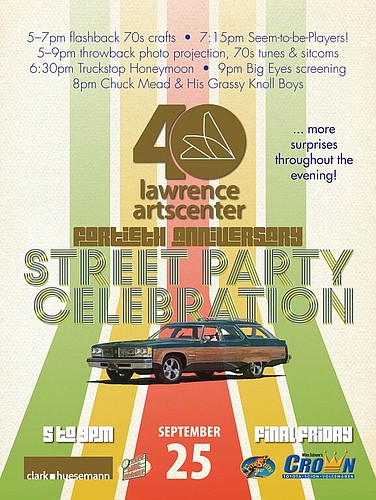 The Lawrence Arts Center has become a major New Hampshire Street fixture and community hub since the new building opened in 2002, but don't forget the fact that the LAC had a long history in the Carnegie Building prior to that.

Stop by (and dress appropriately) for a '70s-themed street party Friday to celebrate 40 years of the LAC. Truckstop Honeymoon and hometown hero Chuck Mead will provide some tunes. Other activities include a "70's Sitcom-A-Thon," children's games from the '70s, and a screening of Tim Burton's recent "Big Eyes." Maybe you'll find yourself at an "Ice Storm"-like "key party" before the night is over.

And don't forget to step inside the LAC to check out the Final Friday opening reception for the new and important Albert Bloch exhibition.

[Pro-tip: While you're in the vicinity, make your way to the Percolator for the sure-to-be-stellar Final Friday opening of Norman Akers' "Contested Territories" exhibit. Get the scoop here.].

Find a full lineup of events at the Facebook event page.

Another weekend brings another big fundraiser for a beloved LFK institution, so consider supporting your fuzzy friends (and their human caretakers) from the Lawrence Humane Society at Friday's intriguing Prohibition-themed fundraiser.

Dress accordingly (can we borrow a fedora or homburg?) and booze it up for the pups and kitties. General admission tickets are $50. The Facebook event page is here. 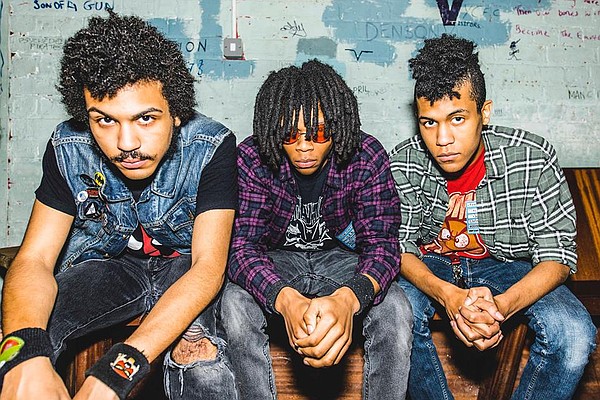 Sure, Saturday's Beach House show at Liberty Hall may be the "biggest" touring show this weekend for many scenesters, but punk fans would beg to differ. Radkey hasn't graced a Lawrence stage in awhile, and they are sure to be treated as conquering heroes at a packed Bottleneck on Friday.

This band of three (very young) brothers from St. Joseph, Mo., have been touring extensively to wild acclaim and now have a debut album, "Dark Black Makeup," under their belts, an album which Consequence of Sound memorably describes as "a 13-track clinic in why the leanest, meanest punk rock always seems to come from kids who aren’t old enough to play half the venues in town."

LFK's People's Punk Band and Stiff Middle Fingers join forces Friday night to help rip the roof clean off the joint. The Facebook event page is here with fun descriptions of each of the Radke brothers, such as, "Please don’t mention X-Men 3 around Isaiah because it may cause a rant that will make you wish you had never been born."

For more about Radkey and the band's history in Lawrence, check out this Lcom interview with Isaiah Radke. 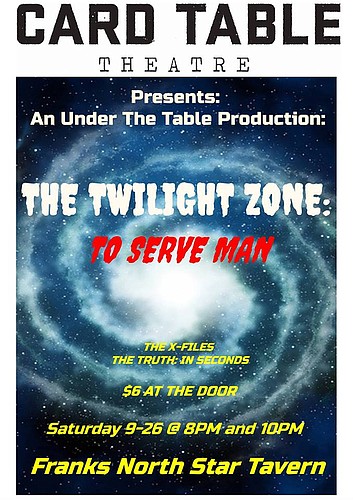 If you were on hand in Frank's basement to witness the group's full-tilt performances of "Saved by the Bell" and "Full House" episodes, you're certainly itching for more. For this installment, Card Table drops the comedy nostalgia for a frightening evening of the legendary "To Serve Man" episode of "Twilight Zone" (along with a mini re-imagining of "X-Files" and probably some television commercial parodies).

We haven't spotted a cast list yet, so perhaps you'll want to take bets on which Card Table luminary gets to yell "IT'S A COOKBOOK!!" Our bet is Sarah Matthews. 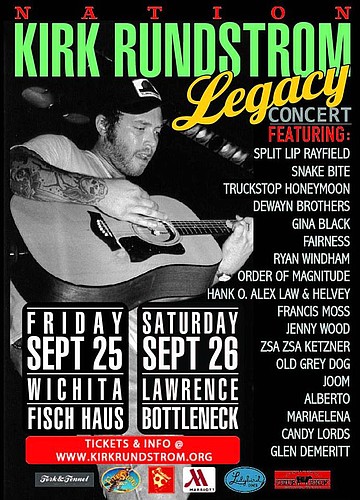 Our personal favorite music pick for the weekend is unquestionably this massive Bottleneck barnburner, a tribute to the late great Kirk Rundstrom of Split Lip Rayfield fame (or infamy, if you prefer).

The evening will feature a wealth of artists performing an array of Kirk's songs that span his various musical projects over the years, so concertgoers will be treated to much more than just Split Lip tunes. Bring on the Scroat Belly and Grain and Demise!

This evening's show at the Bottleneck is a follow-up to a Friday evening shindig at Wichita's Fisch Haus. That one is a BYOB affair that we suspect will be truly legendary. But don't worry: the Bottleneck will be rowdy too. Split Lip to this day refers to it as their favorite bar to play.

The vast lineup includes Split Lip (obviously) along with Truckstop Honeymoon, the Dewayn Brothers, and many other special guests.

Info on both shows can be found at the Facebook event page.

Tweet us @LarryvilleLife and live it up this weekend.