Our showcase event for this weekend is a massive Pet World benefit concert at the Replay. As a further tribute to our pals from Pet World, we're doing a very special themed-installment of this week's column: every event below has an animal connection. We've got birds, mythical birds, Paper Buffalo, and even Mountain Goats on the docket. 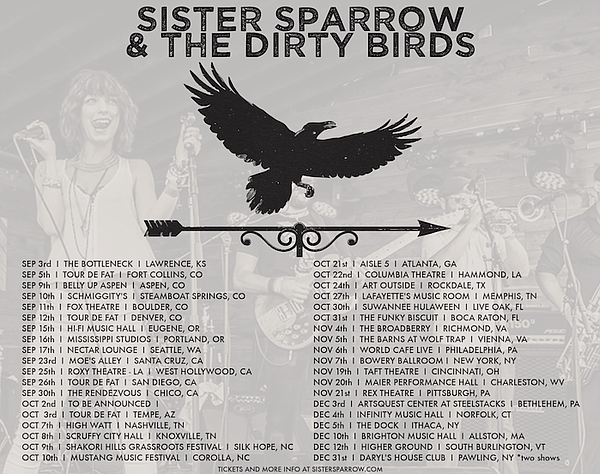 Sister Sparrow and the Dirty Birds, doors at 8 p.m., show at 9 p.m. Thursday at Bottleneck

It's hard to resist kicking off the long Labor Day weekend a night early when Sister Sparrow and the Dirty Birds, an acclaimed seven-piece "soul-funk" band from Brooklyn, rolls through.

Frontwoman Arleigh Kincheloe has a killer blues-belting voice that has been described by Glamour as a cross between Amy Winehouse, Tina Turner and Mick Jagger. Sold! She and her horn-heavy band will surely rattle you out of your Thursday stupor and get you primed for the upcoming holiday. 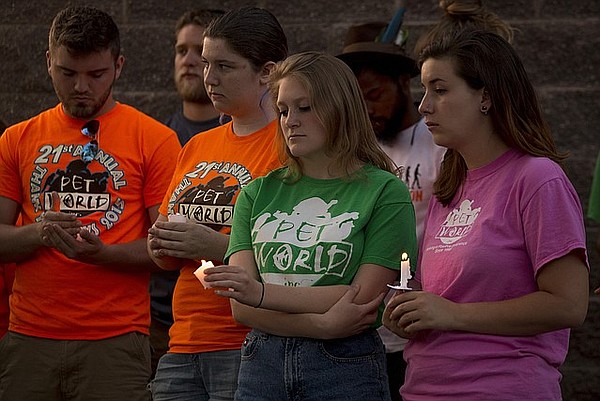 The fire at LFK's beloved Pet World was a traumatic incident in the Lawrence community, and many of our feathered, furry and fuzzy friends did not survive the flames. You can play a small role in facilitating the long rebuilding process by stopping by one or both of Friday's benefit shows at the Replay.

The early, all-ages matinee features the soothing Americana of The Bus Company, the not-so-soothing "science folktion" of Throckmorton Potentate and the Weird Machine, and the "progressive pop" of Real Adults.

The harder-rocking late show features Godzillionaire (will Pet Company's Goliath show up to rock along?) as well as Waterdog Nation and Scrappy's Attic..

Throckmorton Potentate sent us this blurb as to why these shows MUST be atttended: "It's a benefit show for a beloved local pet store featuring six great local bands. Why wouldn't you go? Unless you're some kinda jerk. You're not some kinda jerk are you? Plus, I play a mean kazoo and we've been working really hard on our choreography."

Find Facebook event pages for the early show here and the late show here. The above photo from LJ-World's John Young shows Pet World employees at a candlelight vigil. 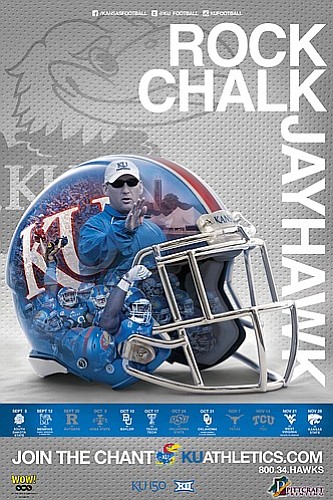 What?? We're including sports in our Weekend Picks? And the sport we're choosing to include is not scenester kickball but KU football? Well, yes. There's always a bit of excitement swirling around the first fall game. And new coach David Beaty has spurred our optimism (at least slightly) for this season.

So get up early, crack a beer, cook a nice tailgating breakfast, and hope for the best this season. Go Hawks! 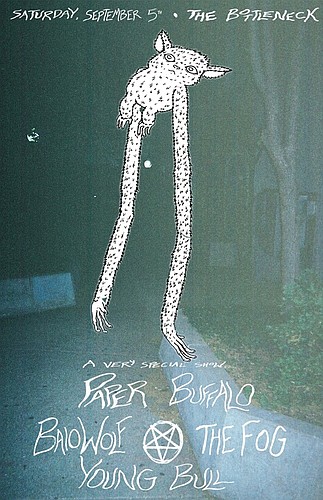 Bands are bidding Lawrence adieu right and left these days. First Drakkar Sauna and now Paper Buffalo. Unlike Drakkar, Paper Buffalo has only been around a few years (three), but the young band has nonetheless become a solid part of the local scene.

Don't fret, though. Paper Buffalo will continue in some fashion since lead songwriter John Fitzgerald is relocating the project to Olympia. They'll probably come back and visit in the future.

If the prospect of another farewell makes you sad, take solace in the fact that this show also serves as a reunion show, with BAIOWOLF making one of its periodic returns from its home planet.

Buzzy newcomers Young Bull are also on the docket. Isn't this week's animal theme working out absolutely swimmingly?? (Swimmingly, that is, except for the fourth band on the bill, The Fog, but we're sure they're cool too). 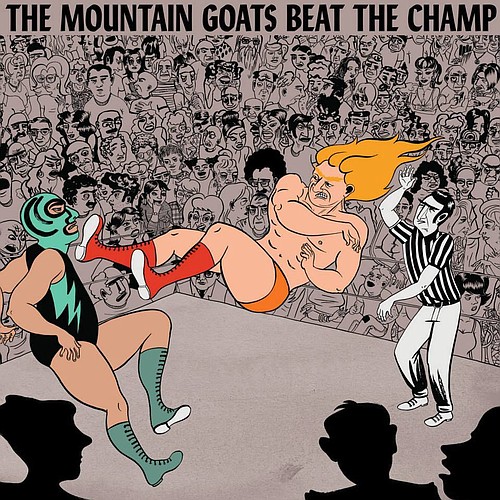 Sure, this is technically a WEEKEND picks column, but we can't resist the occasional midweek pick when events as appealing as this one pop up.

John Darnielle, founder of the prolific Mountain Goats and one of our personal songwriting heroes, visits the Arts Center's 940 Live series to liven up your midweek with lyrics that are often humorous and often heartbreaking (and sometimes both at once). If he happens to play our favorite, "New Chevrolet in Flames," we'll squeal like tween girls at a One Direction show.

Expect this show to sell out or come awfully close. Stop by and find out if you agree with Sasha Frere-Jones' assessment of Darnielle in the New Yorker as "America's best non-hip-hop lyricist."

Editor's note: The Arts Center announced Friday that this show has sold out.