Season's greetings, constant readers! This week we're focusing on a few traditional holiday events, a few off-the-radar events, and a few of our personal holiday favorites. Have you ever seen a more culturally-jampacked Saturday??

Kansas-born and internationally renowned, Ashley Davis returns to Lawrence this week for her annual show. Actually: shows. An extra has been added since last year's event sold out quickly.

Davis melds Celtic and Appalachian influences into her sound, and the Facebook event page promises that she'll be playing plenty of material from both her new Christmas album and old favorites from "Songs of the Celtic Winter."

Be smart and purchase tickets in advance via the Lied Center. For more on Davis and her new album, check out Joanna Hlavacek's Out & About blog on Lcom. 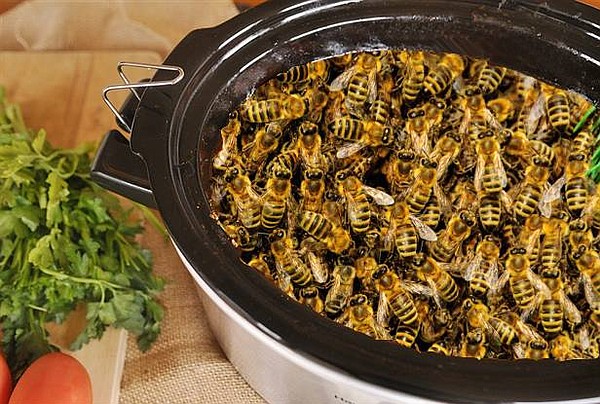 This is surely the coziest little cultural event of the week. Guests are invited to bring their favorite slow-cooked meals to Frank's (can someone please bring chicken and dumplings for us?) and then participate in a spelling bee at 9 p.m. hosted by LFK teacher/music guru Jon Harrison. Well, why not? Surely drunk people trying to spell big words will be quite entertaining.

This isn't a holiday event necessarily, but it sounds pretty merry to us, and we can easily spell PBR, which will surely be flowing during the festivities. 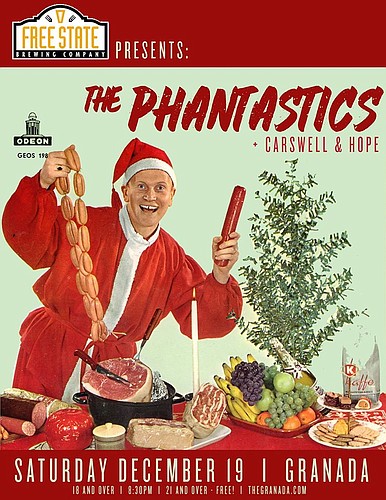 This holiday bash is free (if you're over 21) and features the stellar funk groove of KC's Phantastics, a band that impressed most of the population of LFK over the summer when they opened up the epic free George Clinton show outside the Arts Center.

LFK's Carswell and Hope kick off the evening at 8:30. 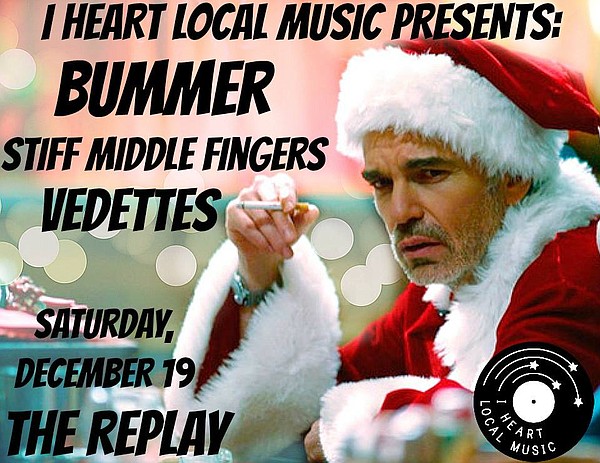 Our hard-working friends at I Heart Local Music are throwing their last bash of the year on Saturday. Don't expect a light-hearted holiday romp, however. The fans of these three rowdy acts are far more naughty than nice. We predict a holiday mosh pit.

The Facebook event page contains memorable descriptions of each band, ending with a promise that the show will "light your crotch on fire." Merry Christmas!

And remember that you can always access the prolific I Heart Local Music directly at their website in 2016. 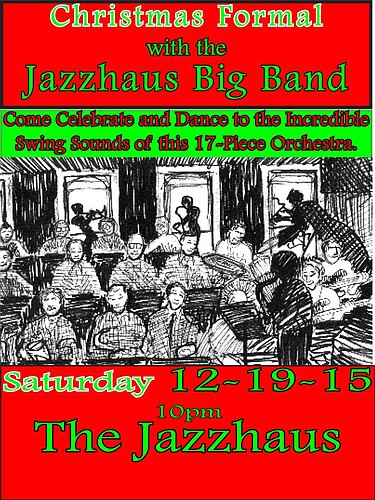 But perhaps you DON'T want your crotch lit on fire while gyrating to the Devil's music? Then find yourself a nice date, get dressed up in elegant fashion, and hit the dance floor at the Jazzhaus to the smooth sounds of a 17-piece big band orchestra playing jazz standards and holiday favorites.

Last year was our first time attending this long-standing tradition. Verdict: delightful! Make sure to chat up some of the folks who have been attending for many years. And if you're worried about the dress code, don't. They'll let you in whether or not you are dressed to the nines. 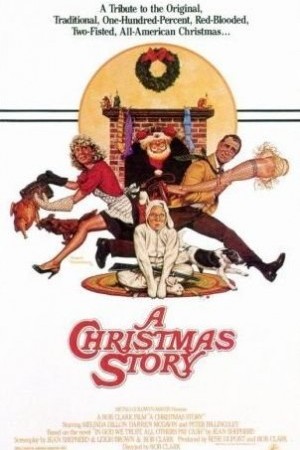 'A Christmas Story' screenings, 4 and 7 p.m. Sunday at Liberty Hall

Yes, you've seen "A Christmas Story" 117 times and it is almost certainly currently playing on television even as we write this (and at whatever time you happen to be reading this). Even so, movies are a communal experience, especially beloved cultural touchstones. Come out. Be with people. Laugh. Try to avoid getting your tongue stuck to a pole if it's cold and snowy outside after the film.

[Side note: we recently purchased a miniature leg lamp at an LFK yard sale].

We hope you've enjoyed these last few months of cultural guidance, since we will be retiring this column from Lawrence.com after the new year. But don't worry. We vow to remain ever-vigilant and helpful if you follow us via Twitter @LarryvilleLife. We'll be back for two more columns of Christmas and New Year's picks.

Posted by Larryville Life on September 17, 2015 at midnight

This week's column doesn't have a theme but, as SNL's Stefon would once have said, this weekend does have everything: a fundraising feast full of BBQ and hushpuppies, some "doe-eyed" Toughies, silent films with orchestral accompaniment, a picnic serenade from a gang of printmakers, and even a Wayzgoose. See you out there. 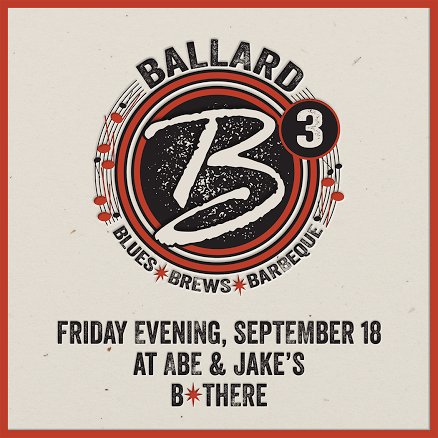 Ballard B3: Blues, Brews, and Barbecue, 6 p.m. Friday at Abe and Jake's

Can we persuade you to shell out $60 for a Friday night event? Perhaps. Consider the following:

1) B3, an evening of "blues, brews, and barbecue," is the "signature fundraiser" for LFK's beloved nonprofit organization Ballard Community Services, which has been providing education and assistance to children of low-income families since 1964.

2) Three blues bands, including the raucous Mad Kings, will provide tunes while you scarf down a spread of pulled pork tacos, brats, chicken wings, smoked turkey, and brisket accompanied by side dishes that are prepared by some of LFK's best restaurants (including potato salad from Limestone and hushpuppies from Terrebonne).

3) The ticket price also grants you access to all-you-can-drink craft beer. That's right! Put aside the PBR for a night and live it up.

Convinced yet? Do it for the children! (Or the chance to see how much craft beer and BBQ you can guzzle and gobble for $60.)

The Facebook event page is here and check out the full tasty menu at the official website. 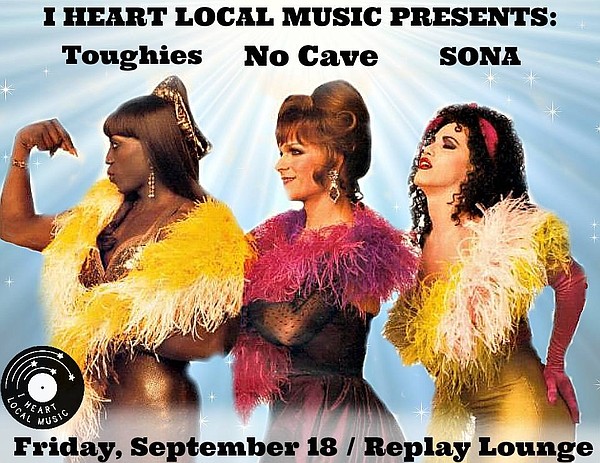 We're starting to think that this new band Toughies may not be quite as tough as their name suggests! I Heart Local Music describes them as "a box of kittens disguised as a band." Give a listen to the crisp, bright, pop harmonies of Toughies' "What Are Hands For?" at their Soundcloud page.

Mix in the popular, danceable psych-rock of No Cave and Sona's shoegaze and you're more likely to find yourself swaying along and/or zoning out than getting in a rumble with Toughies in the alley after the show. Then again, this IS a Replay show, so who knows?

The Facebook event page is here with full band bios. Dress tough. Or dress twee. Whatever works for you.

It's Restaurant Week AND Print Week in LFK. Hopefully you are making the most of both. Consult the LJ-World for a full list of Print Week events which focuses especially on Saturday's major Print Fair from 10 a.m. to 4 p.m. at the Lawrence Arts Center.

After the Print Fair, however, considering spending the evening at our most-anticipated Print Week event to experience a "Wayzgoose" (what??) and scope out Wonder Fair's cool new street-level digs. For those unschooled in super old-school print terminology, a Wayzgoose is a "traditional printmaker's fete," which possibly dates back as far as Gutenberg himself.

Wonder Fair's take on the Wayzgoose "will feature music, drinks, a new exhibition of mokuhanga prints by artists Yoonmi Nam, Katie Baldwin and Mariko Jesse, and an on-site letterpress where you'll be able to print your own souvenir Print Week coaster."

Find much more information on the Facebook event page.

There's no football game this weekend, so it's a good time to spend a MUCH more relaxing evening on campus at this family-friendly event hosted by the Spencer.

In addition to numerous kid-friendly activities, the Print Week fun continues here as well with interactive events and tunes from LFK's merry band of printmakers A la Poupée & the Chine-Collés. The prolific CS Luxem is also on the bill.

Guests are invited to enjoy free snacks or pack their own picnic dinner. The Facebook event page is here. 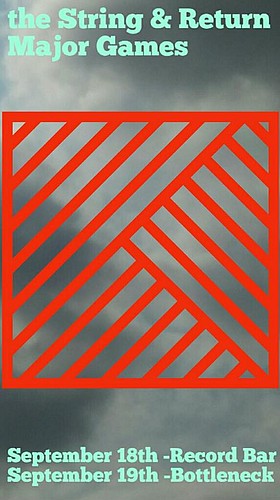 String and Return vs Major Games, 10 p.m. Saturday at Bottleneck

KC's mighty String and Return make a rare Lawrence appearance, and joining them in the ring (or stage, as the case may be) is LFK's massively-heavy Major Games. Many Moods of Dad and Maybe Not round out the bout (or bill).

We love the clean and simple design of the poster above but you'll find a much sillier and more cluttered poster at the Facebook event page. That one reminds us of the wacky imaginary poster that Nicholas St. James described in our column last week. 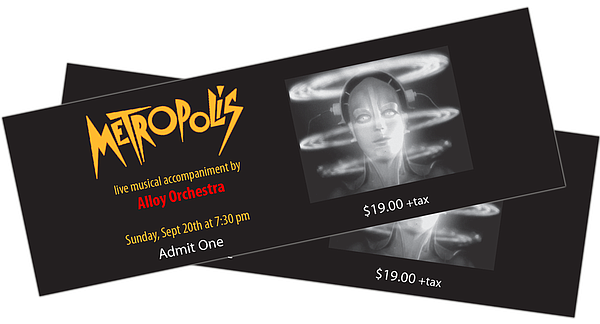 Can we convince you to pay nearly $20 for a movie that you can easily see at home? Perhaps.

It's not likely, after all, that you can convince Boston's esteemed Alloy Orchestra to drop by your house and accompany your lonely Netflix small-screen experience. Plus, even aside from the stellar musical backdrop, "Metropolis" is one of the greatest of all science-fiction films and fully deserves to be seen at least once on a big-screen where its incredibly-detailed vision can be fully processed.

Lawrence's Footprints has been sponsoring this stellar silent film series with musical accompaniment for years now at the LAC. We caught Murnau's amazing "Sunrise" a few years back and can assure you the experience is memorable.

Visit the Footprints website for more details and to order tickets.

Tweet us @LarryvilleLife and we'll see you at the Wayzgoose!