Here it is, readers. This is not only our last column of 2015 but also our very last column here at LJ-World/Lawrence.com. Remember that you can always find us on Twitter @LarryvilleLife (without ever being asked to take a pesky survey). Happy New Year! 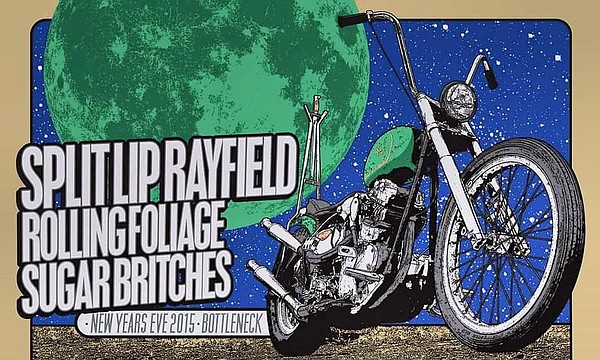 As reliable as Santa on New Year's Eve, the legendary rascals of Split Lip Rayfield descend on the Bottleneck each New Year's Eve to ring in the new year in raucous fashion. This year is extra-celebratory, as the trio has a new album called "I'll Be Around."

Joining this year will be Rolling Foliage and the ladies of Sugar Britches, who have made perhaps more appearances in this column than any other local band. But why not? They've had a hell of a year. 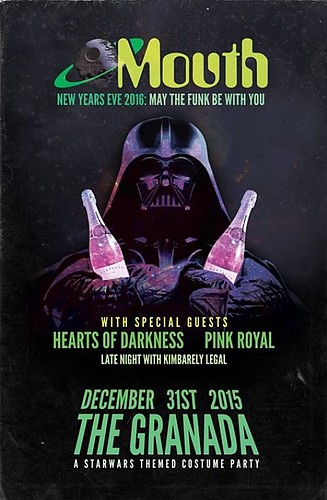 Mouth/Hearts of Darkness/Pink Royal, doors at 7 p.m. Thursday at Granada

You can certainly dance to the lightning-fast bluegrass of Split Lip Rayfield (we've done it), but perhaps you're needing a smoother funk groove for New Year's Eve. The Granada has you covered with this big evening. Start your party early with the funky sounds of Mouth (their farewell show) and KC's always-stellar outfit Hearts of Darkness and end your evening with a late-night DJ set from Kimbarely Legal.

"May the Funk Be With You," proclaims the excellent Star Wars-themed poster from the Facebook event page, which also announces that this will be a Star Wars costume party. Droid, please! We're totally going as BB-8 from "The Force Awakens." 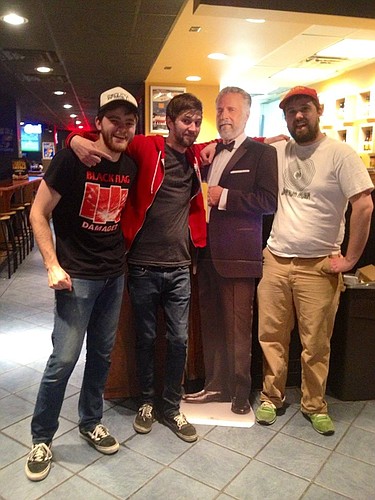 Let's face it. There's a certain contingent of our readers who wouldn't consider doing anything else on New Year's Eve (or Halloween) except going to the Replay. For this crowd, it's not even that important who's playing there (and you can probably pretty much guess anyway). For the rest of you: Thursday's bands are the ones listed above. You'll like them. If you don't, you'll be drunk enough to believe that you do.

The Facebook event page is here and features the above picture of Gnarly posing with an "interesting" friend. 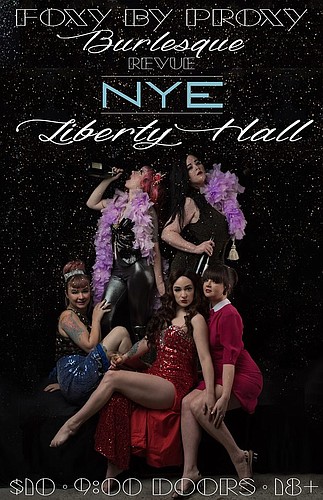 In the mood for a bigger space on this crowded holiday? Prefer scantily-clad women to live music? The Foxy by Proxy crew only needed four words to convince us their Liberty Hall NYE event was worthy of inclusion here: "Surprises! Sparkles! Nakedness! CHAMPAGNE!" 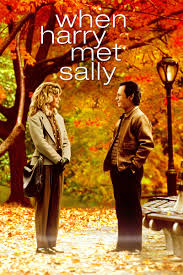 Liberty Hall has the most comforting cure for your New Year's Eve hangover: two screenings of one of the great modern romantic comedies. Perhaps they'll team with Ladybird Diner to serve pecan pie (if you catch our reference)? We'd certainly be pleased to partake of it. Or perhaps a contest to imitate Meg Ryan's classic diner scene (You know the one. Can we say "orgasm" here? We'll try, since this is our last column).

These things won't happen. Nevertheless, sitting in a dark room and laughing with your friends and lovers will soothe your soul (and aching head). Find more details at the Liberty Hall website.

Thanks for reading our column this year, and hopefully you'll be able to find things to do in LFK in 2016 without us! We have faith in you. And remember: if all else fails, head to the Replay.