Everything I Do Is Killing Something

I have friends who influence me, and lately many of them have been talking about sustainable foodways, eating locally, organic vs. local, etc. etc. Despite my appearance, I try not to be a slouch, so I read Michael Pollan's _Omnivore's Dilemma,_ which led me to Barbara Kingsolver's _Animal, Vegetable, Miracle._ ...

Ah, what a difference a year makes.The Lawrence visual art folks entered 2007 to the rhythmic beats on a dead horse: [The art world was dying][1]! Okay, so it was all about the closing of two galleries, but it packed such a whammy, many people questioned the very viability of ...

I'm ashamed to say that it wasn't until I thumbed through the latest issue of Vanity Fair (["The Golden Suicides,"][1] January 2008) that I learned video artist Jeremy Blake had died this summer. The circumstances of his suicide are bizarre, somewhat: convinced the Church of Scientology was out to get ...

What I Meant Was-

Sometimes, the art scene just gets me down.Early on, there was an intimidation factor. I was a country girl who somehow got turned on to Abstract Expressionism, and I was hungry for more. I felt conspicuous in galleries, and I didn't understand the banter, and none of my friends were ...

It's been an amazing, roller-coaster art year. Why not recognize the movers and shakers by nominating them for a Lawrence Phoenix Award???Deadline is this Wednesday, September 26!Each year, the Lawrence Arts Commission recognizes outstanding achievements in the arts with the annual Phoenix Awards. Nomination forms are available here: lawrenceartscommission.org (click ...

To say that Kansas is the center of everything is indeed a stretch, especially in terms of happenin' art centers, but two notable local artists are making it look easy. With Kansas as a launching site, Adam Tompkins and Hong Zhang are working the international scene with two respective exhibitions ...

The Santa glowed like a star-we followed it down the Ninth St. corridor to the yard humming in the night: The Avant-Garden, a one-night, "purposefully 'underground'" happening meant to bolster the creative collective in the Lawrence vis-art scene. Sculptor Camille Banchand pulled JÃ¤ger draws straight from the bottle, her elbow ...

**Seed Lectures**I'm humbled. The Seed Artists' Lecture Series has been a success-more than I'd predicted, or even dared hope. At the April lecture, landscape painter Paul Hotvedt mentioned that he liked living and working in Lawrence because "it's easier to be kind to people here." I agree, and the lectures ...

[![][1]][2]No kidding: contemporary art is an opaque language. What a relief when, literally, the work is unreadable. In the late 1980s, Xu Bing crafted, with amazing precision and scope, 4000 "Chinese" characters according to traditional printing methods. To the untrained eye, the character strokes are the graphic, lyrical style we ...

In a short time, we have progressed from wanting to respect and protect the environment-you know, all that stuff outside-to worrying about our carbon footprints and our monetary support of pesticides-in other words, our role _within_ the environment. Makes sense, then, that art will evolve from its millennial adoration of ... 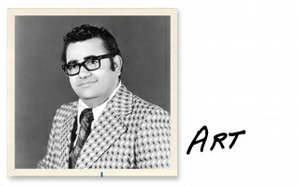