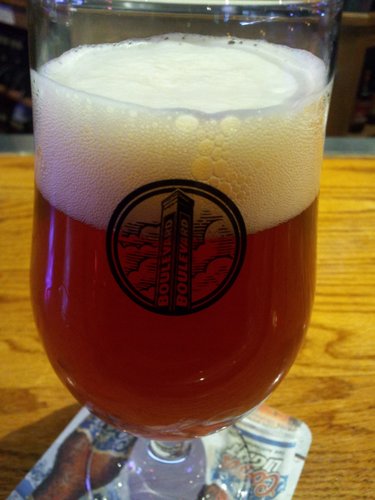 Boulevard's Chocolate Ale is in demand, but supplies are virtually gone.

In an announcement on its website, Boulevard said it isn't necessarily ending production of Chocolate Ale forever, but it won't be part of the popular Smokestack Series for 2013.

It’s no secret that Boulevard faced challenges during the two previous releases of the popular seasonal beer, not least of which was satisfying surprisingly strong consumer demand. The company is actively working on several initiatives to help overcome these challenges, for Chocolate Ale as well as its other Smokestack Series seasonal and limited release offerings.

Beer fans across the Kansas City area raced to get some of the limited-production brew this year.

“It’s just so popular and just so limited on once a year when they make it that people just go crazy for it,” On the Rocks manager Matt Green told Lawrence.com in February. “It might have gone even faster this year.”

Later that month, the brewery announced some its Chocolate Ale, which was made in collaboration with KC chocolatier Christopher Elbow, had an "unwanted flavor," and offered refunds.

So it's a bummer for beer nuts with sweet teeth. But if it's any consolation, Boulevard's just released a new addition to the Smokestack Series, called Love Child No. 2. It's features "sour characteristics that come to the fore, foreshadowed by the tart, winey aroma. Notes of cherry, oak, olive, brine and leather give way to a subtle hint of funk and a dry, earthy finish," according to the brewery's tasting notes. 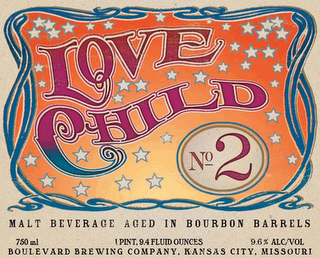 But if you want it, you'd better act now. Only 16,800 bottles of Boulevard's most expensive beer to date were brewed.

I never cared much for the chocolate ales (or any 'flavored' beer). Maybe they'll make more Nutcracker Ale. I think the chocolate beer thing is probably a fad anyway. Stick to the basics.