A life in theater: Hailey Gillespie helps children find themselves through drama

A funny thing happened on the way to becoming a speech pathologist. Hailey Gillespie discovered she could have a career in theater after all. 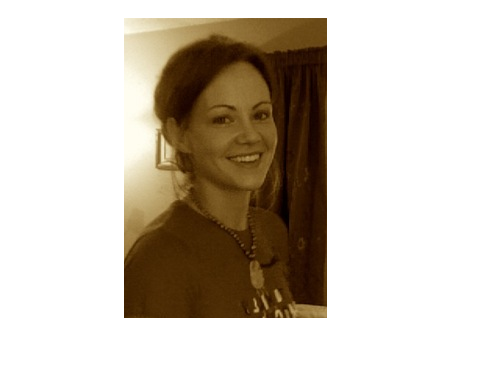 “I’d always loved theater,” she says, “I always wanted it to be part of my life. But I didn’t want to act. I never saw myself going to New York to become an actor, so I thought there wasn’t a career in it for me.”

But then she took a class in drama therapy for special populations while she was at Kansas State. Suddenly a new world opened up to her.

“I learned how drama has a huge impact on kids, especially special needs kids,” she says. “I love seeing kids with anxiety and other issues have that stress just melt away when they get involved in theater. They find themselves, and they have these memorable positive experiences. Theater becomes this thing they love that they want to go back to again and again.”

Originally, from the west Kansas town of Quinter, Gillespie earned a BA in Modern Languages and a BS in Speech Pathology at Kansas State. Once she discovered the benefits of drama therapy, she wanted more. She went on to get an MA in Drama Therapy.

Gillespie was looking to carve out a niche for herself, and that led her to Lawrence.

“There’s a really strong drama therapy community in Manhattan,” she says. “I wanted to go somewhere new and create my own program, and I’d always loved Lawrence.”

It didn’t take long to establish her roots here. She started by working with special needs kids at Deerfield Elementary School and founded programs with the Lawrence Housing Authority.

Then, as it often does in life, the right opportunity arose at the perfect time. Theatre Lawrence’s Youth Education Director position came open. Gillespie jumped at the chance to work with children of different ages in a multifaceted program. The School’s Out, Theatre’s In program provides drama camps for elementary school kids on days they’re off school. The youth acting companies enable her to put on short plays with young actors. She runs workshops for junior-high girls and assists the school district with its Third Grade Arts Day.

“I’m very process-oriented,” she says. “Developing skills is more important to me than the final product. Rather than establishing a bunch of goals ahead of time, I use the first few sessions to determine what the goals should be. Everyone has something unique to contribute, and I take the time to learn what that is, so they can feel a part of what we’re doing.”

That’s important to her. If she has goals going in, it is to find a place for each person.

“It’s a different experience for each person, and I want to find out what the experience is for them.” 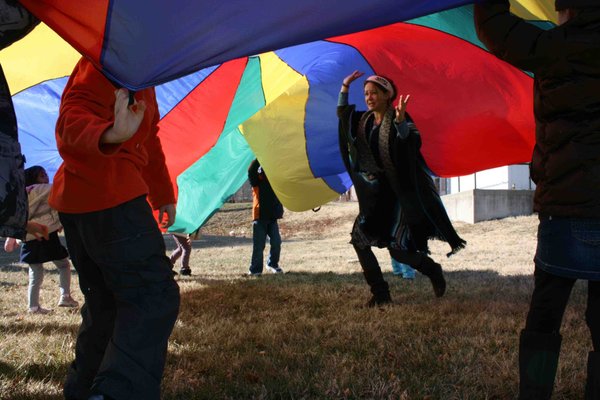 Hailey Gillespie and students play with a parachute during a recent "School's Out, Theatre's In" workshop by John Phythyon

And her programs (she’s added some classes at the Lawrence Arts Center to her busy schedule) seem to have an impact. Her students are delighted to see her each time they return. They vie for her attention.

“I’m good at getting kids to pay attention,” she says without a hint of immodesty. “I’m good at finding out what lights a kid up.”

And that’s the key to Hailey Gillespie. Is she educating children about drama, or using drama to educate them? It’s a little of both.

But what she’s really doing is connecting with her students and helping them find themselves.

A funny thing happened on Hailey Gillespie’s path to becoming a speech pathologist – she discovered she was actually a drama therapist. That enabled her to guide Lawrence children to their own self-discoveries.

Hailey does a great job with the kids at Theatre Lawrence! My daughter absolutely loved going there last week!