Sometimes a good idea can last a long time. “Mark Twain Tonight” – Hal Holbrook’s one-man play in which he assumes the persona of the famous author – qualifies. 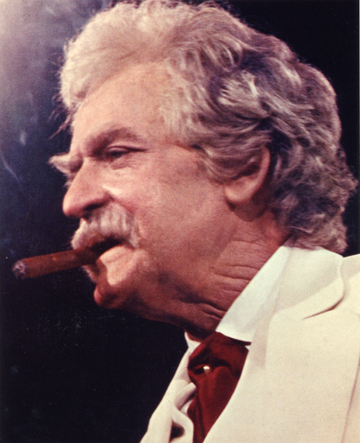 Holbrook, who has also played Abraham Lincoln in three different films and who was the mysterious Deep Throat in the 1976 film adaptation of “All the President’s Men”, has been playing Mark Twain for 59 years. He continues the tradition at the Lied Center tonight.

“Mark Twain Tonight” was first performed at Lock Haven State Teachers College in Pennsylvania in 1954. His first New York appearance was in 1959, with a Broadway engagement in 1966, which earned him a Tony Award.

Holbrook appears as Twain and gives dramatic recitations from the Missouri author’s most famous works. The emphasis is on Twain’s comedic writings, but Holbrook alters the material from performance to performance, working from a preset selection of Twain’s works, which are listed in the program. An accompanying blurb states, “While Mr. Twain’s selections will come from the list below, we have been unable to pin him down as to which of them he will do. He claims this would cripple his inspiration. However, he has generously conceded to a printed program for those who are in distress and wish to fan themselves.”

Despite the warning in Twain’s legendary curmudgeonly humor, Holbrook always does a recitation from “Huckleberry Finn.”