Here's a snapshot of my desk. ![][1] [1]: http://worldonline.media.clients.ellingtoncms.com/img/blogs/maggs/job-hell.jpg

High five? I can't. I'm sorry, but there is no more five left in my hand. My hand is bruised and mangled from high fiving everyone in Lawrence last night after the KU basketball team became the champions of the universe. It will probably be weeks before I am able ...

![][1] Attention all Mag Hags, Magsketeers, and Corn on the Macabrettes: There will be a reception this [Sunday at the Bourgeois Pig][2] for the opening of a show with some crappy art I made. The good news is, my brother's art will be shown too, so there will actually be ...

I made a cartoon today on my lunch break. ![][1] [1]: http://worldonline.media.clients.ellingtoncms.com/img/blogs/maggs/vicky.jpg

My dear friend Sarah has mentioned on more than one occasion that my tastes and demeanor are that of an old British woman combined with that of a 15-year-old boy. She may have a point, but I, for one, am not entirely convinced. In an attempt to test my good ...

While having cocktails one recent evening with Bjrn Ulvaeus and Steve Miller, they asked me if they might have the honor naming my next podcast. Not bad, fellas. Not bad. Join me and my toady, Gavon Laessig ([Puditocracy][1]) as we clear up some nasty business with the Brits, confront poorly ...

I wanted to share with you the traditional Celtic stained glass window I have designed to celebrate this holy day that is upon us. Happy St. Paddy's day! ![][1] [1]: http://worldonline.media.clients.ellingtoncms.com/img/blogs/maggs/stpatty07.jpg

I promised the cat that I would let her name [my inaugural podcast][1]. Not bad for a first attempt at podcast naming. Mind you, she didn't give me much to choose from. All she came up with was, Meh, Meh-eh, and Yeehhh-ah. The choice was obvious; the others were just ...

I was lucky enough to be invited by Gavon Laessig to be a guest pundit on Punditocracy's [Oscar preview podcast][1]. It was a blast! So, although I don't have much to for y'all to read at the moment, there's lots to listen to. Hear Gavon and I make ill-informed, possibly ...

First Step: Admitting You Have a Problem

The signs were all around me. Of course, I didn't see any of these signs until I was staring up at them, sprawled out and hung over, on the floor of rock-bottom. But, before you begin to think we are about to indulge in some Motley Crue-esque tale of drugs, ... 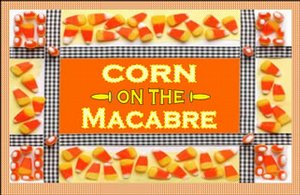