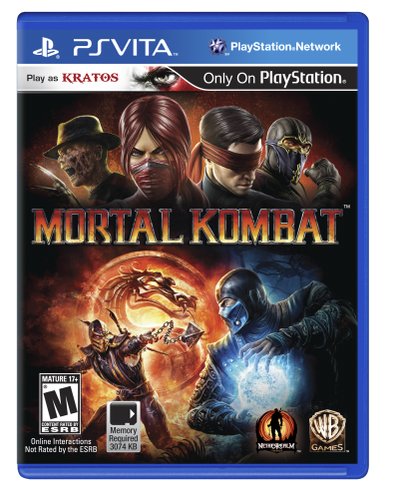 Portable platforms have always had trouble with fighting games. Aside from the obvious omission, the ability to play with two people side-by-side, they struggle keeping up with the speed and pace, not to mention the lack of online play celebrated by most fighter fans today. With the Playstation Vita, all of those issues are touted as being a thing of the past, which for the most part is true. Developer NetherRealm Studios has done an admirable job capturing everything that made last year's series revamp, including integrating all DLC characters and content, and packing them together in a handheld form with extras to boot.

Last year's Mortal Kombat brought the series out of the doldrums by going back to its 2D roots and even more over-the-top violence than ever before. After release, a handful of downloadable characters, including horror icon Freddy Krueger, helped solidify the roster and makes for an impressive cast of unique characters. Each fighter, despite the apparent re-use of character models, fights and controls different from all the others. A complex combo system has now been put into place and tournament play has even become an option, but traditional fighter functions are only part of this package. Mortal Kombat also included its traditional fighting tower, where a character fights through various rounds to complete a storyline, in addition to a 6-9 hour campaign that tells its own story and 300 specific challenges that ranged from mundane to nearly impossible. Not only that, but there were literally hundreds of unlocks for everything from concept art to additional characters. 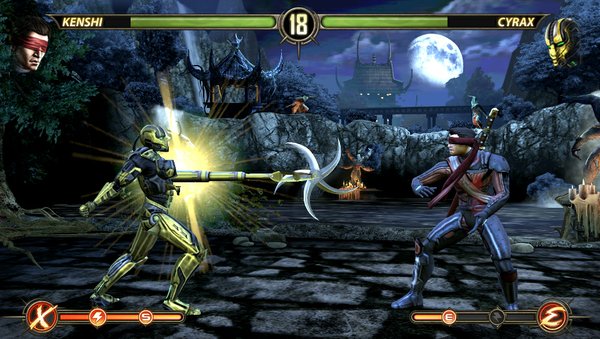 When it comes to capturing the original title, I was impressed with how well it transitioned to a handheld. When you stop to think about it, a fighting game, especially one that has many brief tasks like Mortal Kombat, is quite conducive to gaming on the go. When I played the game on home consoles there were moments where I felt that certain tasks were endless stretches that exhausted me - the campaign and challenge tower definitely come to mind. On the Vita, these are just tidbits of a grand scheme and thus work perfectly for a 15-30 minute bus ride here and there. Since it should take you a good 12+ hours to complete the entire campaign and challenge towers, this gives you an ongoing single player task list when the other draws, like online play, aren't available. Speaking of online play, it wasn't the greatest so far with very few players and plenty of lag to boot, but remember that I had the game before release so it's entirely possible this will change drastically after the game comes out. I will be updating my thoughts with online play just as soon as I've had a few days to test them out. Ad hoc mode is available, which I'm sure is smooth as silk given how the game runs on its own, but for the same pre-release reason I have yet to test it out. Update: I have been able to play the game quite a bit online at this point and I am pleased to say that there are little to no issues online. I had no lag problems, finding a match was very quick and even the microphone for the Vita worked for smack talking (which I embarrasingly discovered in one match).

On the Vita, there is an additional challenge tower that integrates another 150 tasks for you to accomplish, this time manipulating various aspects of the fighter to integrate the new control schemes that items like accelerometers and touch screens can support. I'd love to say these new tasks are helpful, but many of them end up as pointless rip-offs from popular iPhone games like Fruit Ninja that it seems like a simple re-skin. There are some thankful additions, like the ability to control a boss long desired (and actually accomplished by those that hack their console), and when the new controls are integrated into an actual fighting match the results are generally positive. Make no mistake about it, this is one tough new challenge tower and the reward is peanuts, but it's got a ton of fun content so be sure and make this a priority. When you take a step back, it really is a lot of additional content for this game, albeit maybe not content you need or even want, but compared to other early Vita releases this is the first game that didn't simply feel like a lazy port. Not only that, but there are quite a few awards to be won by completing the entire bonus tower, so I highly recommend doing so if you get the chance. I will admit that there were a few frustrating challenges that had me grinding my teeth like a few in the first one, but take your time and you will overcome. Oh, and just in case you're stuck on challenge 3, it appears the final button press in the fatality didn't make it into the game, it's "x". Hopefully a patch will get that updated soon. 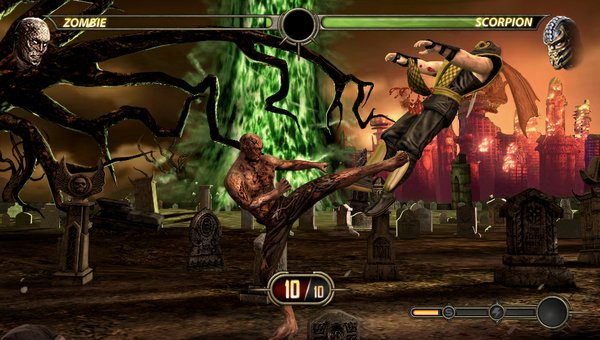 I know technically the Vita doesn't boast the high definition visuals we celebrate on the PS3 or Xbox 360, but with the smaller screen I find it impossible to tell the difference. Every move and fatality come across in all their violent glory, the unreal engine dazzling on the portable. Not only that, but the game was able to scale and rotate just like the console versions. Even more impressive, and definitely most significant, was the smooth movements and framerate - this game suffers no stuttering or slowdown. As to be expected, along with everything else the sound is identical to the console versions in every way. Little touches to the control scheme, like the ability to tap the flashing "X" icon on the screen to initiate an x-ray move and even the ability to perform fatalities with the touch screen are unnecessary but understandable additions. Oh yeah, there's also a way in the practice mode to have the rear camera put live images into the fighting screen's background, which was quite amusing.

Perhaps the biggest problem Mortal Kombat faces is that its success also means many players already own it. I must admit that from a content perspective, the Vita version is a tough sell if you're not specifically seeking your fighters on the go. Having said that, I did find unlocking everything as a meaningful task that was only accomplished when I was playing on the move and I did not complete on my home console. Much like the reason I log over 100 hours on portable RPGs instead of console ones, there are less choices competing for my time and what I find repetitive and monotonous at home is addicting and preferred when I'm mobile. There's no getting around it, if you already own this at home and have no desire to go about unlocking everything again or have a portable version, this game is not for you. On the other hand, as someone who much prefers to play fighters in single player format and loves laundry lists of tasks and challenges, this has become one of my favorite titles so far on Sony's new handheld. 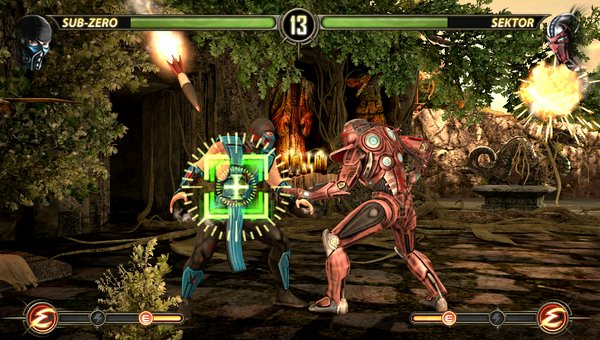