Pickin' and picklin': MAW to celebrate new album with show at Frank's 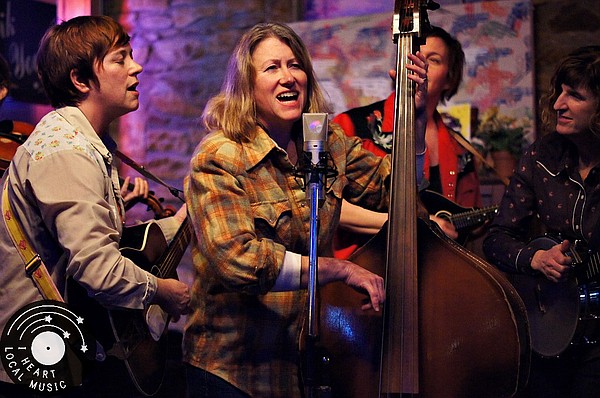 Lawrence loves a good MAW show, and it's been a while since we've seen one. But this weekend, the musical matrons with a flair for old-timey tunes will be celebrating with a CD release party for their latest album, "Bought the Farm."

Everything about MAW is undoubtedly agreeable, which makes sense when you consider their origins. These harmonizing women are also the wives of the Midday Ramblers, and decided the boys wouldn't be having all the fun when they came together to form the beloved Americana band. Since then, they've pleased audiences with their matter-of-fact folk numbers full of cheeky, dark humor (they've been known to keep a death count of casualties in their songs).

This playful attitude continues on the new album, as evidenced by the songs they posted online ahead of the show. We're particularly fond of "Picklin' Man." With lyrics like, "I like a little pickle and I like a little ticklin', too," it's hard not to blush (you can listen to that song here). MAW tends to have audiences wrapped around their banjo-pickin' fingers, and we imagine that'll still be the sentiment this weekend.

You can catch MAW at their CD release show, where they've promised murder ballad bingo, from 6-8 p.m. Friday at Frank's North Star Tavern.