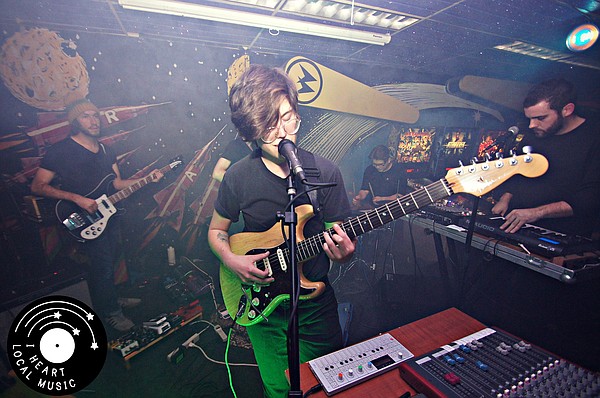 Before Lawrence musician Taryn Blake Miller boarded a plane to Paris on Friday, she was celebrating an upcoming album release. She spent this summer recording her second album, Gumption, on Domino Records in New York City, with a host of local musicians by her side (including Chris Luxem and drummer Nicholas Stahl). Producer Nicolas Vernhes (who has worked with The War on Drugs and Deerhunter) helped Miller craft her rich, textural sound at the Rare Book Room in Brooklyn. Her reflective nature shines through the eight tracks on the album, and confronts the listener with the self-awareness Miller has been concentrating on over the past two years.

With this beautiful set of songs set to come out on Kansas Day (Jan. 29), and a number of overseas workshops (through Red Bull Academy) and performances in her future, Miller excitedly headed off to Paris last week.

"It's still a surreal feeling to have had the opportunity to make this record with Nicolas Vernhes and alongside my close friends," she posted to her Instagram account before she left. "Our last day of tracking even landed on my birthday." She posted the new single to her Facebook page (you can listen to "Heathering" below) and settled in for the flight.

But while Miller was in the air, a horrific scene was playing out across the City of Lights. A series of coordinated terrorist attacks that would leave more than 100 people dead shook the heart of Paris. A majority of the attack was carried out at a concert featuring a U.S. band. Immediately, Miller's friends and fans started frantically messaging her.

Miller was able to use a Facebook feature to mark herself as "safe" after the Paris Terror Attacks. Red Bull Music Academy also took precautions, canceling any shows they had scheduled until Thursday. So for now, she is marching forward with her work.

Miller will play a few European dates in December before heading back to Lawrence to celebrate the release of Gumption, which will come out on CD and standard LP on Domino.