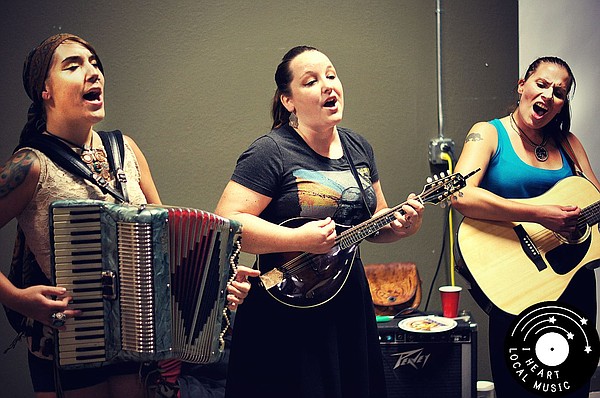 Some midweek merriment is in store for Lawrence.

Our favorite foul-mouthed songsters, Sugar Britches, will be playing a benefit show on Wednesday for the Lawrence Community Photo Studio. The studio has had a tight relationship with the band, and even hosted them for a popular Final Fridays event over the summer. In return, Sugar Britches will be helping raise funds for the studio with a performance there.

The band will come armed with a new lineup. Previously, they performed as a four-piece, but have now added some percussion via Kimberly Simonetti. They've told us this is a permanent fixture.

The studio currently acts as a space for up-and-coming photographers, darkroom classes, gallery shows, equipment workshops and more. But it also has served as a strong ally to the musicians. "The folks at Lawrence Community Photo Studio are good friends of ours, and they have helped us out in the past," says Sugar Britches' Monica Greenwood, who also admitted the band "jumped" at the opportunity to return the favor. "We really liked the idea of giving back to the Lawrence community that has given us an overwhelming amount of support this year."