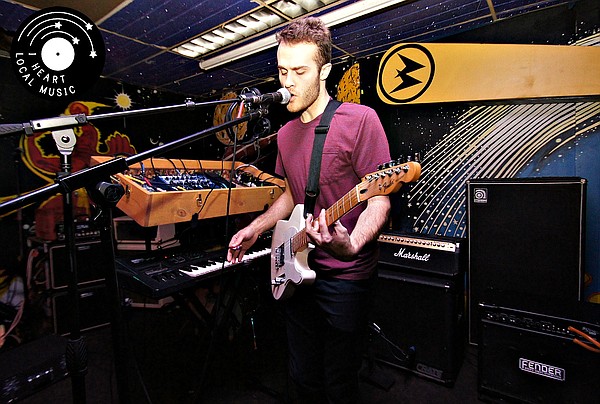 If you’ve ever been fascinated by the art of building a song, Monster’s a great place to start.

The one-man-wonder treated the Replay to one of his yearly performances on Friday night. The sole performer — armed with a set of keys, buttons, mics, guitars and a highway system of wires — is grand fun to watch. You’re there for every step as he constructs a song, starting with repeating keyboard bits and drumbeats, then eventually looping in guitar rhythms and vocal harmonies.

On this night, his dreamy synth numbers were backed by accidental yet appropriate percussion, courtesy of the bleeps and bloops of the pinball machines behind him. Monster’s music is exquisitely ethereal, so all the space noises from those pinball machines were nearly mistaken as part of the act.

Here’s a clip of one of his songs, featuring his knack for beautifully subtle buildups.

Monster at the Replay, November 2015 by chewyfally