Posted by Fally Afani on December 22, 2015 at midnight 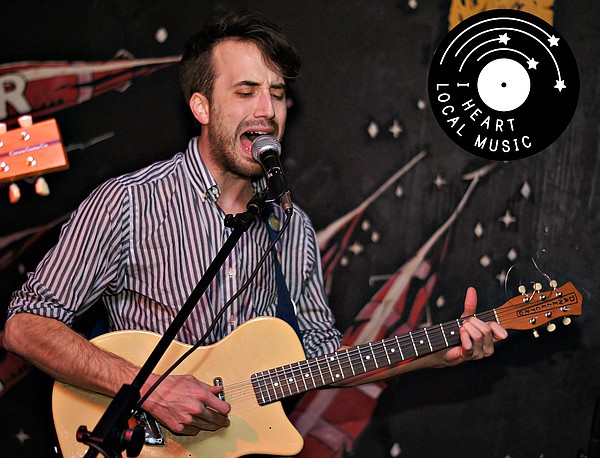 Normally when a band debuts a new song, they're still working it out. It's (understandably) a bit nerve-wracking if you're onstage testing your new art on an audience. But this isn't the case with CS Luxem.

The king of relaxed onstage demeanor busted out — much to the delight of his fans who know the words of all his songs — a brand new number at the Replay Friday night. He beautifully crooned his way through it. This one is a bit more sway-worthy than his usual work, so it's nice to see him go outside his comfort zone. But there are still those signature Luxem wails, looping arpeggios, and (of course) his perfect, reverb-laced pitch.

Luxem consistently holds his reign as the person most likely to get the audience to close their eyes when they listen. This new song is only further proof of his royal highness' hold on his colony of adoring fans.

CS Luxem at the Replay, December 18 by chewyfally

A drummer’s diligence: Why Mark Osman could be the busiest drummer in Lawrence

Never has there been a more admired drummer in the current local music scene than Mark Osman. All the drummers here are top notch, but this is the one that’s been known to dive into a band and get them to positively channel their energy to operate at full gallop.

On Sunday night, Mark tested his own limits when he played with not one, but THREE bands on the lineup at the Replay. This wasn’t some sort of stunt, and it wasn’t the first time he’s done something like this. Mark is legitimately in all three of these bands at the moment. 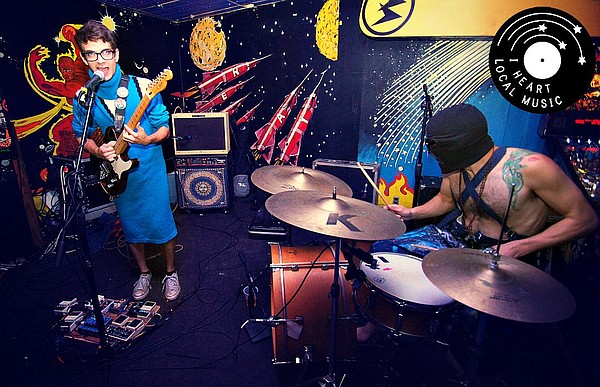 He started off with Arc Flash, a band that is fairly physically challenging for all involved (even the fans, who always show up with their dancing shoes on). This was actually Arc Flash’s third set of the week (which means guitarist James Thomblison also pushed his limits with live performances this week). They had opened for The Coathangers on Tuesday, then headlined the Replay on Thursday. Right after that Thursday set, Mark hit the road and played with Baby Birds Don’t Drink Milk in Denver. Upon returning to Lawrence, he headed to the Replay once again for this lineup. 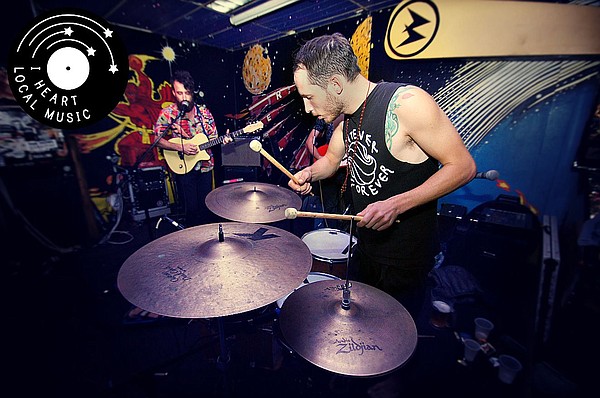 After Arc Flash’s fast and furious tempos, he stepped in to play with CS Luxem (possibly his longest running musical project here). Luxem’s songs are intricate and complicated. It’s no easy task playing with a musical mastermind like this, and Mark keeps it interesting. Sometimes, he even plays standing up.

During the set, his stool broke and he substituted it with a bucket. Because he’s surrounded by such a loving community, different musicians in the audience occasionally stepped in to help out (removing his stool, adjusting mics when they fell over while he was playing). 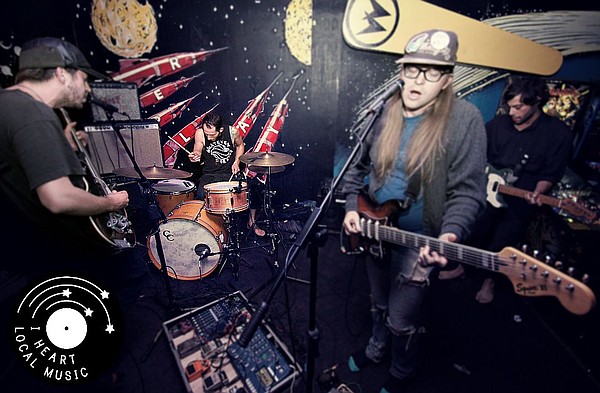 But when Baby Birds Don’t Drink Milk came on, they had their own interesting setup (one guitarist plays with his back to the audience), and Mark’s drums headed to the back of the stage. That’s a lot of moving around for one show. Additionally, Mark only recently started playing with Baby Birds Don’t Drink Milk. These songs could very well be a little new to him, but you wouldn’t be able to tell by the way he mastered them so gracefully.

We could go on, but by now you should have gotten the point. Mark is nothing short of a titan, with strength that rivals that of Hercules and Arnold Schwarzenegger, but with the speed of Usain Bolt. But most importantly (and this is key when it comes to joining and revitalizing bands), Mark has the overly positive attitude of Andrew W.K. Offstage, he’s chill and more level-headed than his peers. But onstage, he’s an animal in it for the fun. Party hard, Mark.

If The Wandering Lake isn't on your lazy summer playlist by now, it should be. A little bit experimental, a little bit folky and completely interesting. A music project like this deserves a music video equally as exploratory.

The Wandering Lake's Brian Kupillas teamed up with T.C. Johnson to release a music video for the amiable-sounding "Lily Pad." The video features images of Kupillas projected onto a pale fellow's chest.

Kupillas will hit the road this summer to tour with comedian Hunter Donaldson, and has sights set on an August tour with CS Luxem.