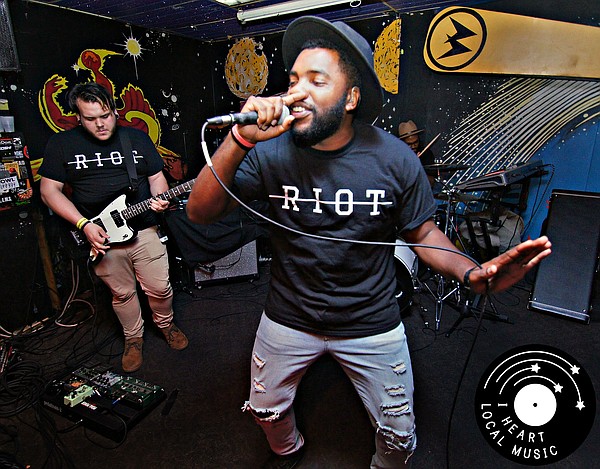 Every rapper holds a goal of spreading a message. It just so happens that Duncan Burnett pulls it off properly.

Right off the bat with his latest release, "Soulcially Conscious," you know where he’s coming from. In fact, within the first two minutes of the first track, “Olathe,” you know where he was raised, who his family is, and the struggles he faced growing up. Throughout the course of the song, he hits you with his weaknesses and a few words of wisdom. “Sometimes you’re gonna be wrong/ take chances/ don’t take anything for granted because nothing is forever, y’all,” he warns.

Being upfront about who he is makes a difference, because then he spends the rest of the album touching on very pressing social issues, such as Mike Brown and Eric Gardner in “3 Sides.” There’s a killer line in that one: “There’s three sides to the story, there’s mine and the truth.” Every time he says that line, it hits us right in the gut.

Throughout the album, Burnett is using a full band. You can hear the bass loud and clear, the funky guitars, the drums, the keys — all of it. His samples are noteworthy as well, particularly his use of Portishead in “H.M.F.Y.S.” This is where he calls out rappers that are all style and no substance, and the criticism he faces as a “Christian rapper.” Approach shows up in the middle of the track to back him up with lines like, “I know no limits to your growth and potential.” It’s like a good pat on the back encouraging him to make it through the rest of the album.

"Soulcially Conscious" is worth your time not only because you get to hear real instrumentation and talent but also get treated to a series of life lessons from Burnett. He’s been busy in recent months, spreading his gospel across Kansas City (and sometimes Lawrence). If he keeps it up, 2016 will be a year for his rise. Burnett knows this, and it could be why he ends on the ever-positive note at the end of “Tobin Frost” by listing his abilities and qualifications. “I’m a drummer, a rapper, an artist!” It goes on with the list until the music suddenly drops out and he declares, “I’ma do whatever I want, man. Ain’t nobody going to stop me, you dig?”