Posted by Fally Afani on December 3, 2015 at midnight 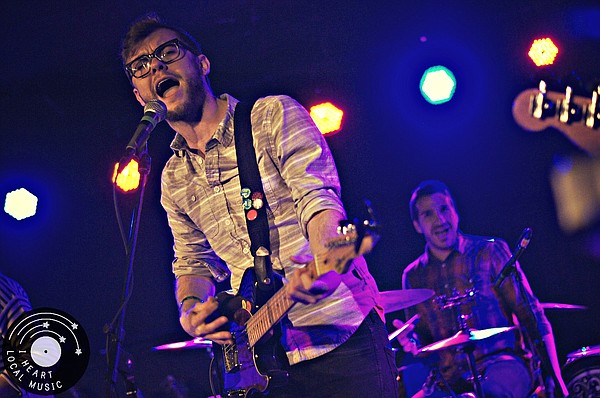 Spencer Mackenzie Brown has had a wild year.

He has a knack for this type of thing. In April, we noted the nonstop series of very fortunate events his musical career experienced, including playing the SXSW and Middle of the Map music festivals. Since then, the folk-rocker's life hasn't slowed down. He rocked yet another festival stage at Boulevardia over the summer, and next week he'll be playing alongside Leon Bridges and Houndmouth on the Midland stage in Kansas City.

Without a doubt, Brown is finishing 2015 strong. But first, he'll be celebrating the release of Brown's sophomore EP with a free Bottleneck show at 8 p.m. Saturday. KJHK is hosting his EP release party with some of the bigger names in the Lawrence indie scene, including Hembree and Bonzo Madrid.

"We've been working incredibly hard to not only finish this EP and make sure it's something worth listening to, but to encourage people to come out to our show and see if we're living up to all the hype," Brown says. "We want people there because it's a huge party for us. If we're going to do it, we want to be surrounded by people we love and the community in Lawrence."

The show looks to be fairly festive this holiday season. Anyone who shows up is encouraged to wear their best (or worst) sweater. Additionally, Hot Box Cookies will be supplying hundreds of free cookies at the show.

Before you head to the show, you can listen to Brown's latest single here.